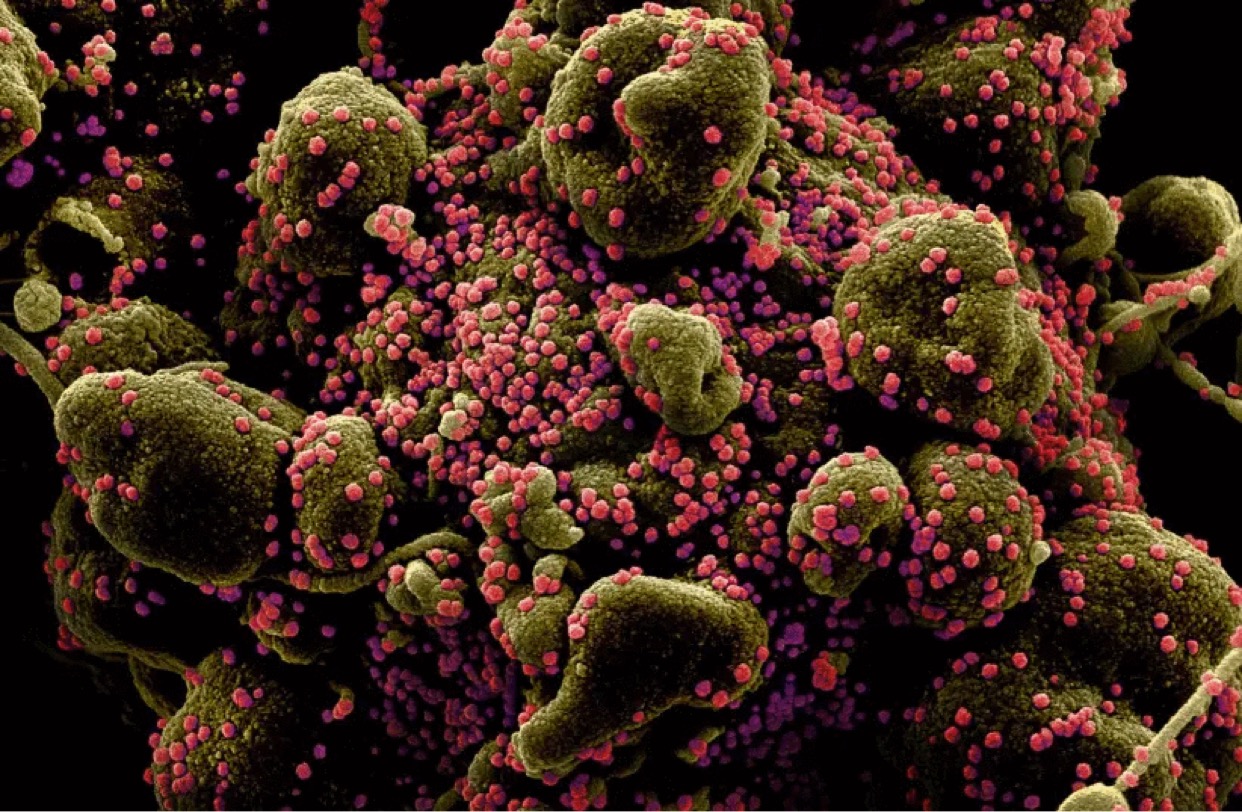 Eleven days ago, on Monday April 19, Texas A&M University’s Global Health Research Complex announced that it had detected a new mutant of the covid virus, a mutant so unique to Texas that they named it the BV1.  BV is for Texas’ Brazos Valley.

The Texas A&M team had detected the new variant in only one student way back on March 5th, and that student got away with only a month of mild common-cold-like symptoms. But the goal of the Texas A&M research program is not to characterize new covid variants after they’ve killed.  It’s to catch new variants before they kill.  And the student who came down with the new variant was active in on-campus organizations, so could easily have spread the bug if his or her case hadn’t been detected and isolated early.

Why does the Texas A&M team sequence the virus even in seemingly healthy students?  Its goal is to  look for signs in the virus molecule itself that it could cause trouble.  And the Brazos Valley mutant’s genome displays three potential dangers.  Says Texas A&M Chief Virologist Ben Neuman. It “combines genetic markers…associated with rapid spread, severe disease and high resistance to neutralizing antibodies.”  Which means the Texas mutant might, just might, be able to punch through our vaccines.

But the new Brazos Valley BV1 is not the only mutant trying to bust through the barriers of vaccination.  There have been thousands of variants of the covid virus so far.  There’s a reason.  The virus multiplies so fast that it produces a new generation of mutants every two weeks.  So there is now a mutant from Portland, Oregon.   There’s the B.1.526 mutant in New York city.   The California mutants, known as B.1.427 and B.1.429 have just become the dominant strains in the golden State.  And that’s just the USA.

There’s a P3 variant first seen in the Philippines.  There are two new variants from India, the 3484q and 1452r.  And there’s the double variant, a covid virus with two breakthrough weapons against us.  The double variant has now shown up in Australia, Germany, Iceland, New Zealand, Singapore, Britain, and the USA.

What’s more, new research published in the journal Cell shows that the two California coronavirus variants are 20% more infectious than normal covid and may be resistant to vaccines.

Dire as this sounds, America is getting covid under control. Two and a half months ago, we had more than 5,000 covid deaths a day.  We had twice as many covid deaths in a single day as the entire American death toll of the 20-year-long Afghanistan war.  Now, for the third week in a row, we’ve had less than a thousand deaths a day.  That’s a huge improvement.  How did we achieve it?  Apparently with our two key vaccines—the Pfizer and the Moderna.

Over 214 million doses of the vaccines have been pumped into American arms.  214 million.  It takes two jabs to reach full immunity with the Pfizer and Moderna.  And 86.3 million Americans are now fully vaccinated.  We need to hit 150 million fully-immunized Americans to reach herd immunity, and we are now far more than halfway there.  For comparison, look at Japan, a health-conscious country whose citizens have been wearing masks in public for decades. Japan won’t even begin its vaccination campaign until September. And we are poised to be back to normal by the fourth of july.  So if this is a worldwide vaccination competition, we are winning.

Howard Bloom, author of seven books including The Lucifer Principle, has been called the Einstein, Newton, Darwin, and Freud by England’s Channel 4 TV and “the next Stephen Hawking” by Gear Magazine.  The Office of the Secretary of Defense hosted a forum on Bloom’s second book, Global Brain, and brought in experts from the State Department, the Energy Department, DARPA, IBM, and MIT.