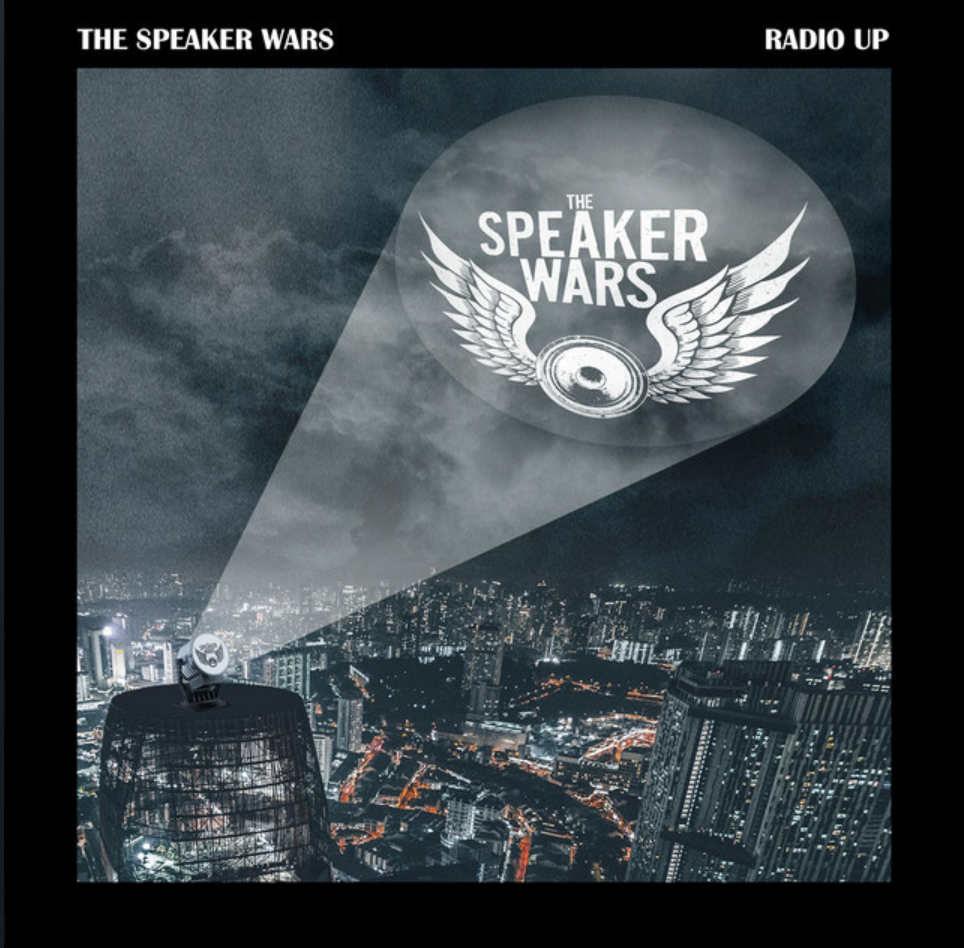 Critically-acclaimed and fan favorite The Speaker Wars are back in action this Fall with their new single “Radio Up,” for the delight of your ears. The band consists of Drummer Stan Lynch(founding member of Tom Petty and the Heartbreakers), and singer/songwriter Jon Christopher Davis. It has an 80’s arcade rock sound and style with the use of processed vocals within the chorus.

The way The Speaker Wars make the guitars sing is truly masterful, as whole narratives are drawn out all without them needing to say a single word.

Far beyond the ordinary, their intense razor-sharp dexterity brings to mind some of the guitar greats, but Stan Lynch and Jon Christopher Davis (JCD) are legends in their own right; there is a brilliance to be found.

“Radio Up” showcases their fiery, passionate performances, as it helps to further set the tone for The Speaker Wars as a band.

With Stan on the drums there is a driving rhythm to the entirety of the track that helps to drive the song home. Their ability to bring together elements of psychedelic, classic rock, and even a hint of Americana into the fray feels additionally poignant. Some of the moments have a truly inspired presence about them, which will have you coming back for more.

A sort of dripping shimmering sound takes over, for the groove is a blissful thing to behold. JCD’s guitar work has a sense of community to it, one that goes for a subtle form of poignancy. The limberness of the sound has an old-school Rock n’ Roll spirit to it with an updated twist.

Within the track’s very DNA,  there are fuzzed-out licks mixed with the modern touches which merges to form a singular stream of consciousness sound. Turning up the volume is an absolute must for there is a fire to it all.

The way that the duo plays their respective instruments blows the mind. Every gesture matters, for they weave their way through the entirety of the adventure, with every single flourish reverberating into the infinite, as the groove has such a tautness to it. There is a slight nod to the past within the mix, which adds an element of surprise.

The combination of guitar and drums fuse themselves together to create this all-consuming whole, one that demands to be played as loudly as possible. A delicate balance between JCD and Stan merges on the carefree song as they play off each other’s strengths. Both appear to be equally matched while they riff off each other. Everything here goes for a distinct overwhelming swagger and we are here for it!

“Radio Up” has a living, breathing organic quality to it. The Speaker Wars’ work neatly brings together the past of rock n’roll to glimpses of what their future may hold.  Impeccable chops dominate the whole journey, and it is refreshing to see some well-crafted creativity in this musical world.

Find The Speaker Wars “Radio Up” via all digital outlets now.