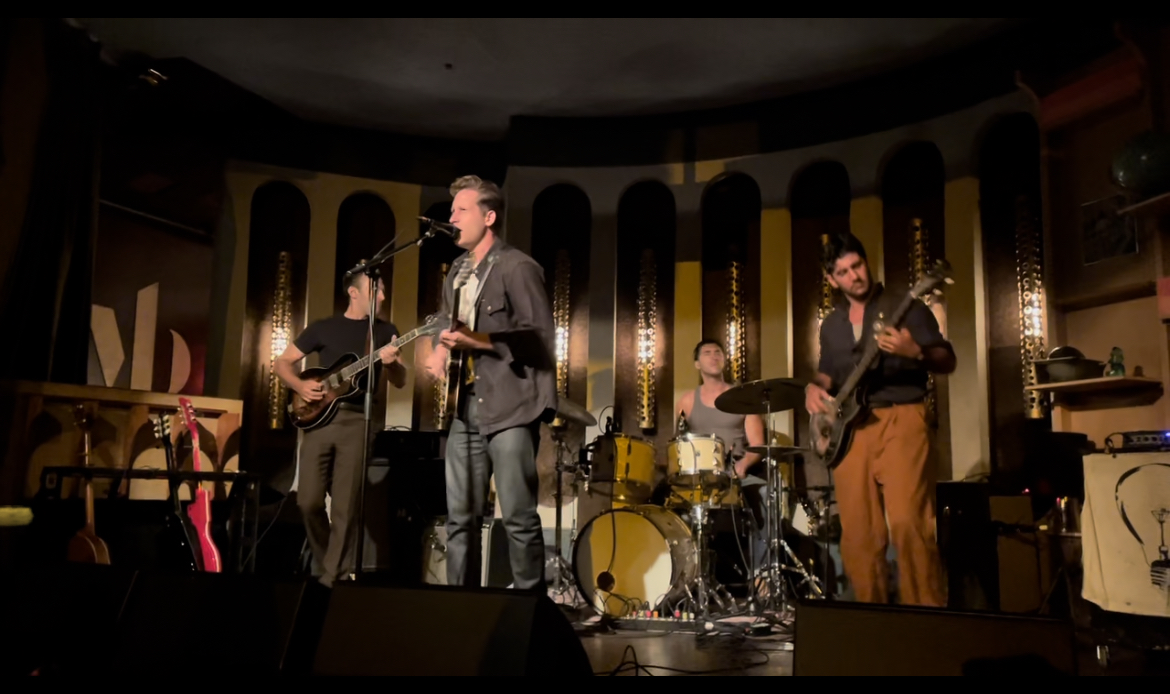 What a wonderful evening of music from The Americans; accomplished musicians with fine voices to boot.

Those who attended The Peppermint Club show in Los Angeles were treated to an array originals with fine silky harmonies and skilful playing.

The Americans brought a perfect mix of grit and soulful substance to the show, with raspy vocals, wailing guitars & an energized rhythm section.

The band play brilliantly off of each other as well - their musicianship is top-tier. Their voices were clear and strong and they harmonized on the stunning collection of songs.

Everyone in the room was invested from start to finish, with bobbing heads and swaying hips. Foot stomping music enjoyed by all!

On the rock side of the spectrum, “Born With a Broken Heart” and “Stand True” were highlights, but I can't NOT mention the upright bass & banjo being brought out towards the end of the set. All in all, it was a fantastic show that demonstrated the band's incredible range and electric showmanship.

The group provided a rich tapestry of music that one could relax and just let it wash over you.

Over the course of their career they have appeared on The Late Show (CBS) and on the TV series American Epic (PBS/BBC) and their music was featured in the films Texas Killing Fields, A Country Called Home, Little Glory, and the TV series “No Tomorrow.” The band's distinctive, powerful works have captured the attention of a number of stars. They've backed Nick Cave, Lucinda Williams, Ashley Monroe, and Devendra Banhart, and twice joined Ryan Bingham on national tours. They worked closely with Jack White and T Bone Burnett, joining Nas, Elton John, and Alabama Shakes in the PBS primetime series American Epic. Their live show, honed over many hundreds of performances, is something to behold.

A beautiful evening of music. Audiences can expect a well balanced mix of self penned, thoughtful songs mixed with witty banter within every show.

If you get the chance go and see The Americans when they come to your town!