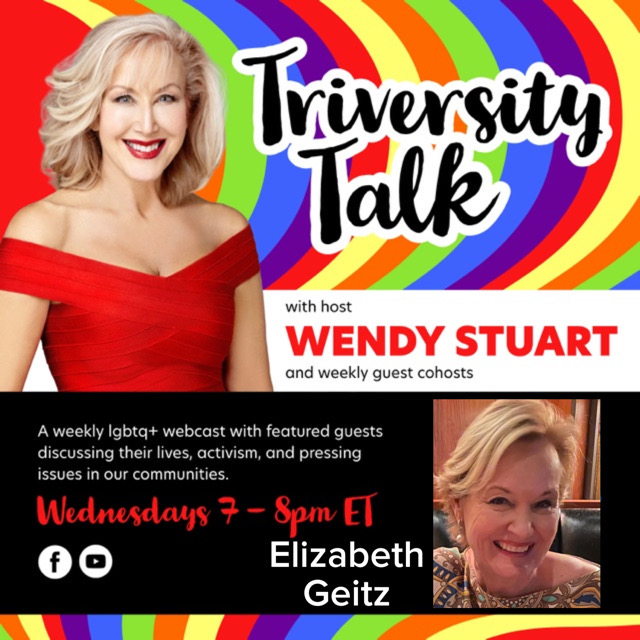 Wendy Stuart and Steven Bloomer Teague will be hosting TriVersity Talk! This Wednesday at 7 PM ET  in a replay with featured guest Elizabeth Geitz. This episode is a part of The Best Of TriVersity Talk series that takes place on the first Wednesday of each month.

TriVersity Talk! is a weekly web series with featured guests discussing their lives, activism and pressing issues in the LGBTQ Community. With TriVersity Talk!, the goal is to laugh and learn.

Elizabeth Geitz is an Episcopal priest, award-winning author, and nonprofit entrepreneur whose books have been hailed by New York Times bestselling authors Desmond Tutu, Helen Prejean, and John Berendt. Focusing on spirituality and justice issues, her writings speak to people of passion who want to make a difference in the world. She is the author of seven books including 'Spiritual Truth in the Age of Fake News', 'I Am That Child', and 'Gender and the Nicene Creed'. We are so excited to dive into Elizabeth's body of work, her interpretation of the Bible as it concerns LGBTQ folks, and many more hot topics!

Subscribe and listen to TriVersity Talk! On Apple Podcasts/iTunes here: