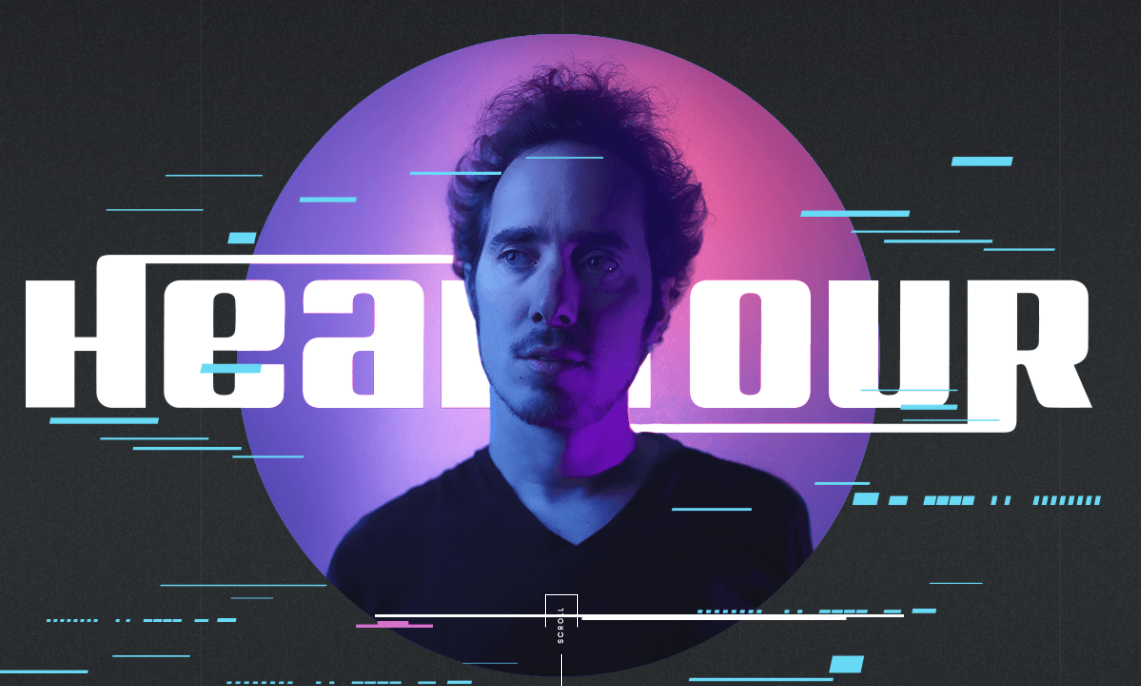 Industrious and fuzz-laden in one moment, seamlessly cosmopolitan and dance-friendly in the next; “Little Waves” might be Heartour at the act’s most versatile, but it’s also one of the most compelling songs this Jason Young-fronted unit has ever released. When you’re working in the studio with virtually no aesthetical limitations to quell your desire to make provocative pop music, there’s no telling what might transpire, but when you factor in the kind of mind Young has as a songwriter, things get even more interesting - and perhaps even harder for us to assign a label to at the end of the day.

Emotions are coming at us from every angle in “Little Waves,” from the lead vocal and the lyrics it’s spelling out so effortlessly to the rhythm of the music itself and the strike of the synth’s melody in the backdrop, but for all of the overwhelming expressiveness mounted against the silence, it’s the balance of the two in this track that tends to have the biggest influence over the audience. Through the absence of inauthenticity, Heartour tells us the tale of an artist coming undone in the most beautiful of circumstances here and likely makes a few lifelong fans in the process.

Young’s vocal doesn’t get the same kind of love it gets in a couple of the other featured songs in Divert the Asteroid, but this isn’t an example of inefficient mixing. I don’t think his voice needed to be any more prominent in the mix to give us just as much heart as anything else here does, and in giving it a more challenging role in the big picture of the song, I believe it shows off the significant amount of power this vocalist brings into the fold when he’s given the chance to do so. The structure here isn’t quite as meticulous as what I heard on R U In, Heartour’s last major release, either, but once again this doesn’t hurt any of the sentiments in the piece at all - it magnifies them, if anything. It would be fun to hear the song acoustically just to highlight how organic its framework actually is, but for those who care about the detail in good music, we don’t need as much to recognize the greatness in “Little Waves.”

Indulgence is having a big part to play in the newest and most exciting music to debut in the 2020s so far, and when it’s being purposed in the way that Heartour has for this latest single, it’s hard for even conservative-minded critics to have an issue with the swell of this emerging movement. There’s nothing pressurized or tinny about the instrumentation or the actual guts of this release; it’s all sonic brawn and poetic bite, which is all any of us really want out of a song, pop/rock or otherwise. Jason Young has figured out the best way to keep his audience and the critics who judge him happy with this sound, but better than that, it’s clear in “Little Waves” that he’s playing this music for himself more than anyone else.