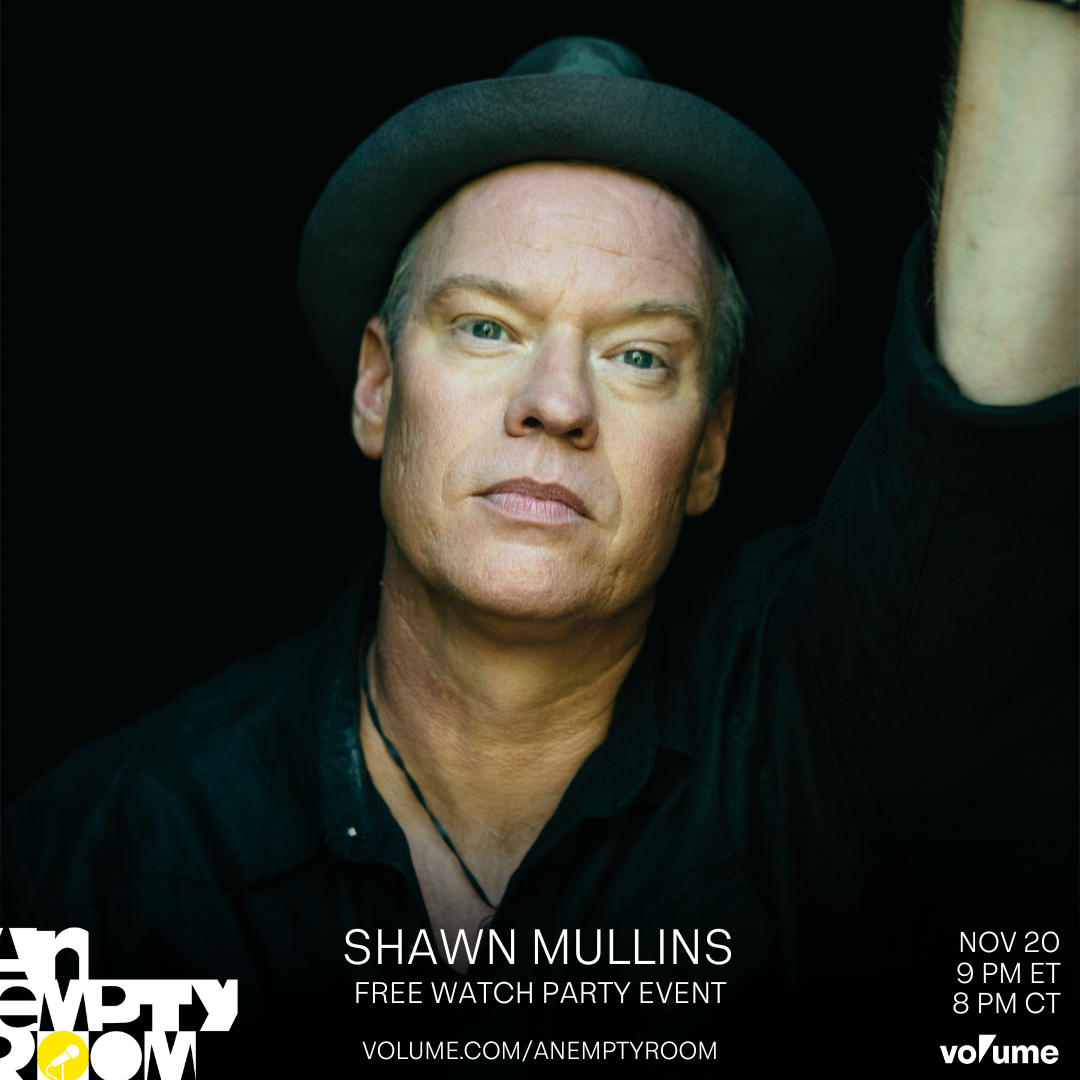 An Empty Room, the original series that explores the connective tissue between 6 uniquely influential artists from the Atlanta music scene, continues with one of Atlanta’s most beloved musicians Shawn Mullins who is best known for the 1998 single “Lullaby,” which hit number one on the Billboard Adult Top 40 Chart, sold over a million copies and got him a Grammy nomination.

Shawn’s Volume livestream is warm, intimate, and well produced. It feels more like he’s singing for you rather than at you. He sings hits like “California,” ”Light You Up,” “The Ghost of Johnny Cash,” and more. It’s just Shawn and his guitar, providing a vulnerable and open performance.

He shares fond memories and stories of growing up in Atlanta, when he used to go to Wax ‘N’ Facts Record Store which ignited the fire for his future as a career musician. He recalls his first performance at the Little Five Points Pub (now known as the Corner Tavern) when he was too afraid to do one of his originals, so he sang  “American Pie,” but the crowd demanded he sing a song he wrote. This was when he realized that people want to hear what he has to offer.

Mullins cultivated an interest in music beginning in his high school days, in part because his grandfather was in a big band group and his mother was musically inclined. He honed his craft in marching band in his college days as a solo acoustic musician. Kiss and Elton John were his superheroes growing up, Kiss being the hottest band in the land for a kid who loved horror movies meant a lot to him. He wanted to sing like Elton, even found inspiration in his fun and animated album covers.

It’s been a quarter century since he exploded onto the folk rock music scene and he has sustained an impressive long-term career, played coast to coast with every artist in his genre imaginable and been a steady headliner for 14 years on the Cayamo Cruises a floating party of music fanatics that in a few weeks will set sail with Jeff Tweedy, Andrew Bird, Patty Griffin, The Nitty Gritty Dirt Band and Shovels and Rope.

Shawn and members of his band will be on hand during his watch party to interact with fans as a warm up for his Variety Playhouse gig on November 26th.

Listen to the An Empty Room Podcast here.