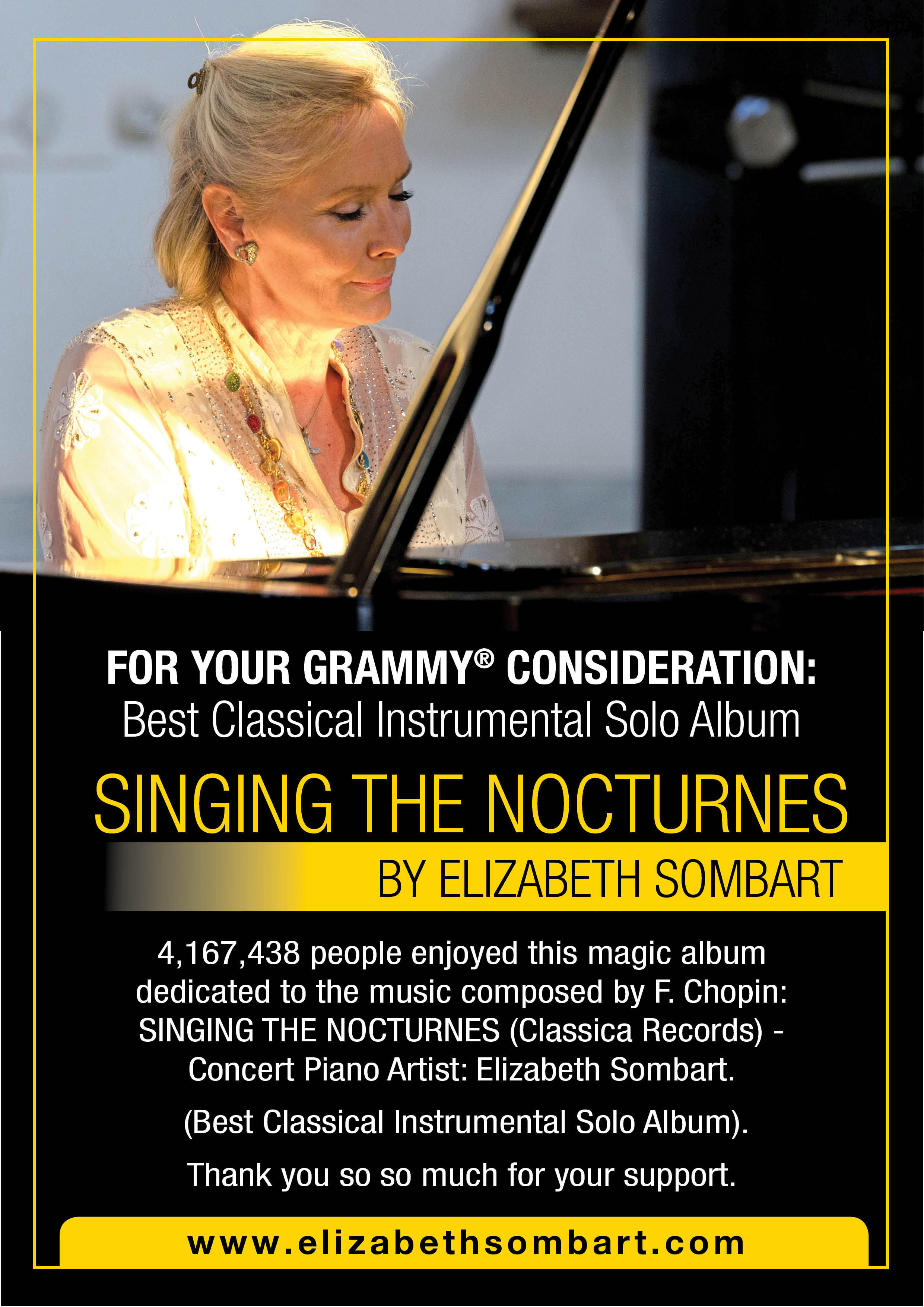 Elizabeth Sombart deserves marquee billing wherever she goes. This renowned French pianist has traveled the globe playing music and promoting a message of inclusion wherever she goes. The message comes through in her music, naturally, performances stretching from one major city to the next and extending back well over a quarter of a century at this point. The messages come through, as well, in her music-fueled advocacy. Sombart founded the Fondation Résonnance in 1998 and its avowed intention to spread free musical education to those who might otherwise not be in a position to receive it says much about Sombart’s heart. She’s a true blue believer in music’s power. It isn’t s con for her or a way to get rich and famous.

It's sometimes easy to forget such musicians are still out there. Classical music remains one of the last bastions of such fare as the chops and dedication required for making it work and Sombart began putting in the needed time for that at an early age. She has likely lived abroad, away from home, for much more of her life than we realize, and it has all been in the service of her art. Studying with some of the world’s finest classical pianists in such locales as Vienna, Buenos Aires, and London has had undoubted trials and challenges helping to shape her into the musician and person she is today. There’s no question it has an enormous impact on her musical development as well.

Her classical training gives her an underlying discipline revealed by the creation of organizations such as Fondation Résonnance. It has also blessed her with the necessary depth to attract posterity’s glance. The first conclusive sign that showed growing recognition of the lasting power of Elizabeth Sombart’s contributions arrived in 2006 when she earned the rank of Chevalier de l'Ordre National du Mérite for Lifetime Achievement and in 2008 when she became a Chevalier de l'Ordre des Arts et des Lettres. These auspicious occasions are a turning point when Elizabeth Sombart became more than just a world-class pianist.

She became an artistic presence capable of withstanding history. Her name will be associated with the instrument for many years to come and the regard will be accompanied by an equal respect for her impact on the life of a nation. Her latest musical release Singing the Nocturnes is one of the later chapters in her story, but it provides us with a first rate accounting of her talents late in the tale and shows both her gifts and all-around enthusiasm have not dimmed with the passing years.

Frederic Chopin’s renowned Nocturnes seems like an ideal fit for Sombart. She recognizes this as well and the energy spilling out of her fingers into these pieces belies the fact that they were written so long ago; they sound vibrant and filled with the passion that drove Chopin to compose them in the first place. If it were Elizabeth Sombart’s final studio recording, it would be a fitting end, but we’ll be hearing from her again. She’s far from finished and there is more music, always more music.