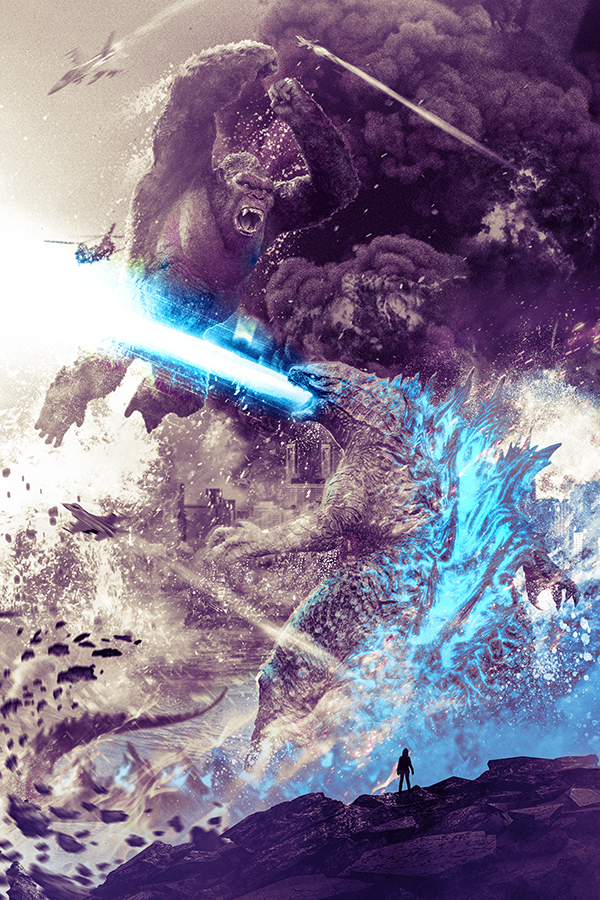 BURBANK, Calif., March 31, 2021 – In anticipation of Legendary Pictures and Warner Bros. Pictures epic action-adventure motion picture Godzilla vs. Kong, Legendary Entertainment is launching two new
exclusive NFT (non-fungible token) collections specially created for fans and art lovers alike. Celebrated fan artist Boss Logic and Terra Virtua Ltd will each offer two unique lines of digital collectibles that
represent the long-awaited face-off between these two mighty Titans, giving fans a chance to own a unique souvenir from the film. Godzilla vs. Kong is now taking theaters by storm internationally, launching
in U.S. theaters on March 31 and will be available for a limited time on HBO Max.

“Godzilla vs. Kong had an incredible launch internationally, and we are excited to bring that energy to the block-chain. Both BossLogic and Terra Virtua are perfect partners for this project as they are true fans of
the brand, incredibly creative and uphold a very high level of quality with their creations. We look forward to delighting fans with this collaboration,” said James Ngo, Executive Vice President of Franchise
Management at Legendary Entertainment.

Teaming with Legendary Entertainment, Boss Logic is bringing an exclusive NFT collection to MakersPlace, marking the first collaboration of its kind with a major studio for a film release. Fans can treat themselves
to a unique collection of digital art featuring Godzilla, Kong, and more, with each artwork signed and issued by the creator and made possible by blockchain technology. The seven-piece collection, curated by
Vincent Harrison of iv Gallery, includes pieces titled: “God vs. King,” “King vs. God,” “MachineGod,” “Legends will Collide,” “One Will Fall,” “Godzilla Steps Up,” and “Kong Steps Up”—which will be available
for a very limited time for fans to purchase starting at 3:30 pm Pacific Daylight Time on March 31 at: https://makersplace.com/bosslogic/drops/godzilla-vs-kong/.

For a trailer featuring a sneak preview of BossLogic's Godzilla vs. Kong collection, please visit:
https://bit.ly/2PkiJtS.

“I’m beyond excited to collaborate with Legendary Entertainment on such an epic event with two of cinemas most treasured IPs brought together for one earth-shattering experience. As a massive fan
myself, this one is truly special for me,” said BossLogic.

“This is the first official studio NFT art release, a testament to Legendary’s forward, outside-the-box thinking, and support of the arts in many forms,” said Vincent Harrison of iv Gallery.

Also, in celebration of Godzilla vs. Kong, Terra Virtua has created an epic line of digital collectibles featuring these cinematic icons, allowing fans around the globe to bring the titans to life in full 3D models.
Enthusiasts will practically be able to experience the brute strength of Kong and the towering behemoth that is Godzilla face to face. These Titans and other characters will begin rolling into the Terra Virtua
marketplace timed to the film’s release on March 31, 2021.

“This franchise is one of the most recognizable brands in the world. These characters have been on our screens for over 88 years, so to say we are excited about bringing this film pairing to our digital collectibles
Terradome gallery via our app is an understatement,” said Gary Bracey, Co-Founder of Terra Virtua.

About Godzilla vs. Kong
On March 31, 2021 from Warner Bros. Pictures and Legendary Pictures comes the long-awaited showdown between two icons in the epic adventure Godzilla vs. Kong, starring Alexander Skarsgård, Millie
Bobby Brown, Rebecca Hall, Brian Tyree Henry, Shun Oguri, Eiza González, Julian Dennison, with Kyle Chandler and Demián Bichir, under the direction of Adam Wingard, from a screenplay by Eric Pearson and
Max Borenstein, story by Terry Rossio and Michael Dougherty & Zach Shields, based on the character “Godzilla” owned and created by Toho Co., LTD. Legends collide in Godzilla vs. Kong as these mythic
adversaries meet in a spectacular battle for the ages, with the fate of the world hanging in the balance. Kong and his protectors undertake a perilous journey to find his true home, and with them is Jia, a young,
orphaned girl with whom he has formed a unique and powerful bond. But they unexpectedly find themselves in the path of an enraged Godzilla, cutting a swath of destruction across the globe. The initial
encounter between the two titans—instigated by unseen forces—is only the beginning of the mystery that lies deep within the core of the Earth. Warner Bros. Pictures and Legendary Pictures Present a
Legendary Pictures Production, A Film By Adam Wingard, Godzilla vs. Kong.

About Legendary Entertainment
Legendary Entertainment is a leading media company with film (Legendary Pictures), television (Legendary Television), comics (Legendary Comics) and digital media (Legendary Digital Networks)
divisions dedicated to owning, producing and delivering content to worldwide audiences. Legendary has built a library of marquee media properties and has established itself as a trusted brand which consistently
delivers high-quality, commercial entertainment including some of the world's most popular intellectual property. In aggregate, Legendary Pictures-associated productions have realized grosses of more than
$17 billion worldwide at the box office. To learn more visit: www.legendary.com.

About BossLogic
Kode Abdo, aka BossLogic, is a graphic designer and digital concept artist based in Australia who has stolen the internet’s heart with his creative fan art mashups and remixes. Through his photo manipulated
artwork, BossLogic presents a unique take on some of the most iconic characters. What started as pure fan-art quickly gained the attention of millions around the world, including the team at Marvel, Disney
and more who jumped at the opportunity to collaborate with BossLogic on a number of artworks including comic book covers, official movie posters and much more.

About Terra Virtua, Ltd.
Terra Virtua is an entertainment-focused Collectibles platform. Using blockchain technology, it provides utility by allowing collectors of digital assets to display and interact with their virtual goods in Augmented
Reality, Virtual Reality and in 3D on PCs. Leveraging the latest in mobile and gaming technologies, their mission is to engage and connect fan-based user communities. Terra Virtua (www.terravirtua.io), with
global headquarters in London, England, has evolved the digital collectibles market from simply collecting virtual items to completing and showcasing collections through. 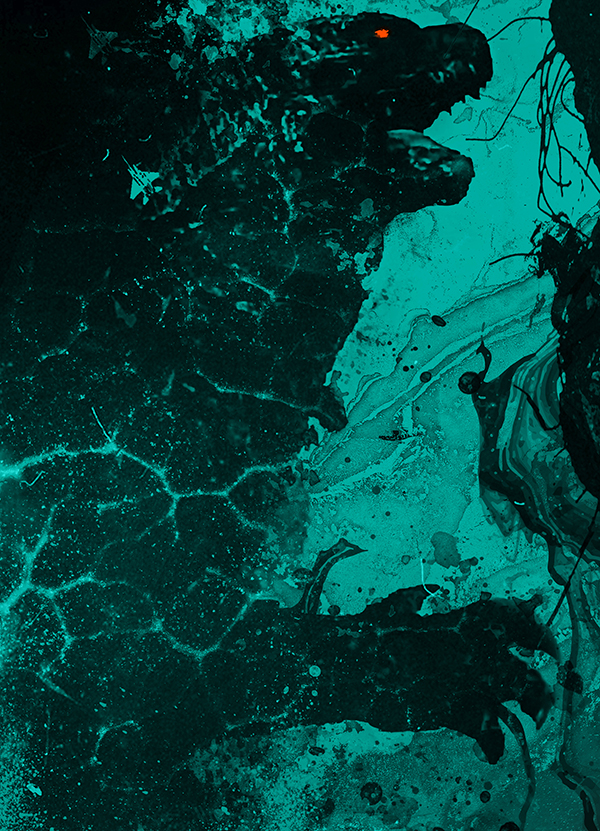 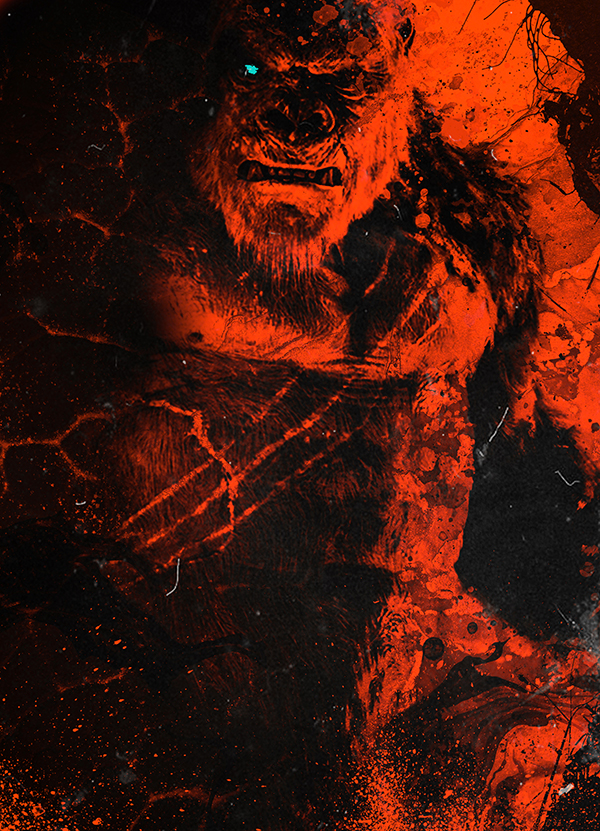