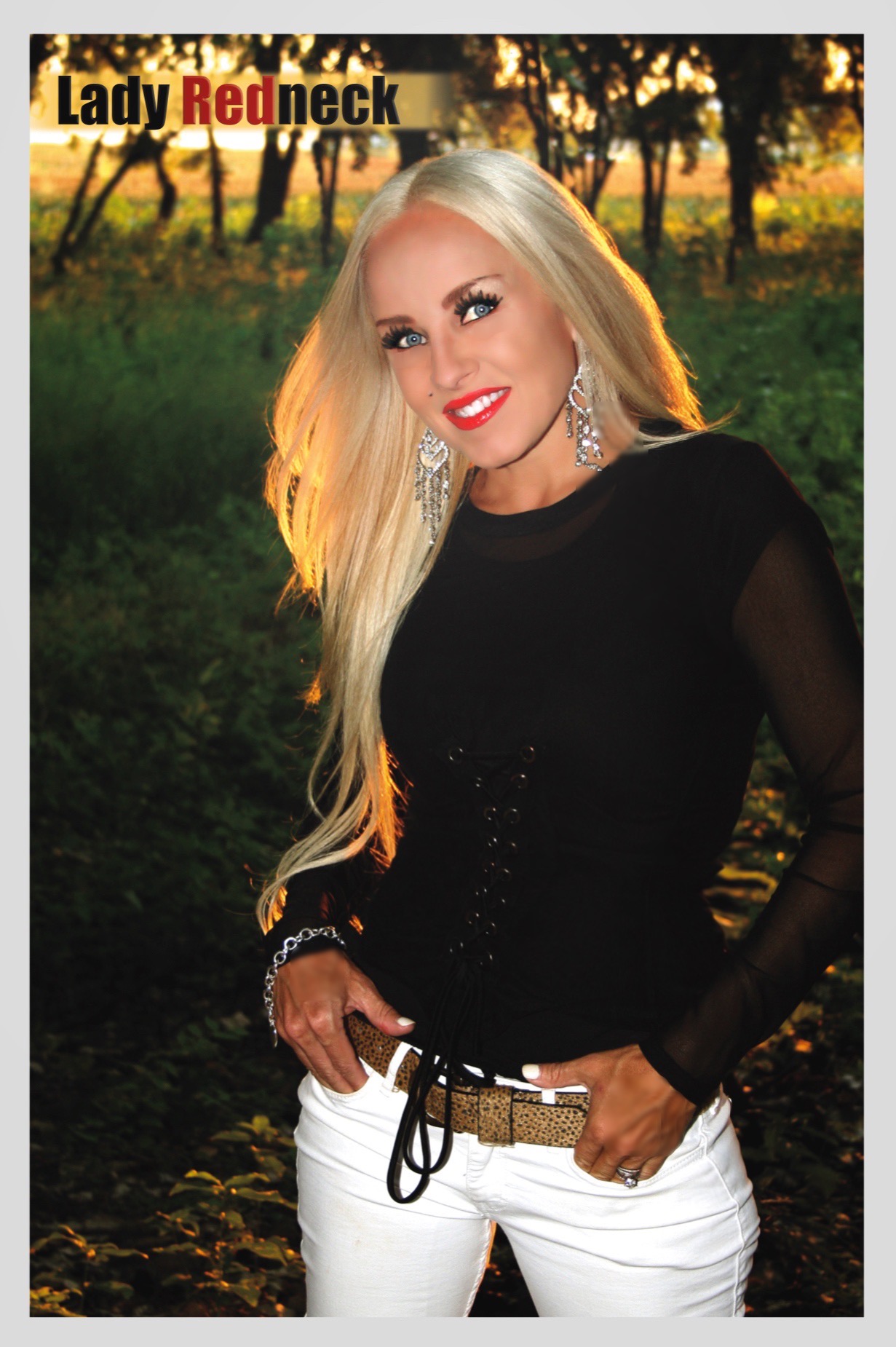 Lady Redneck aka Stephanie Lee burst onto the international music scene in 2017.  Known for her trademark blonde tresses and bubbly personality, the self-affirmed “Blonde Bombshell” from Dallas, TX has parlayed her public image into becoming one of indie music’s most-followed personalities. With over 1 million followers, the talented Christian country singer-songwriter and multi-instrumentalist engages her faithful fans with performances, advice and helpful tips.

With the holiday season upon us, Lady Redneck is ramping up her release schedule with a new single, video and a re-release of her 2nd album, mostly crowd-funded through her website.

Following the successful release of her #3 UK iTunes single “You First Loved Me,” Stephanie has announced a new recording of a Christmas classic. “Have Yourself a Merry Little Christmas” will be released on November 18th, 2022. The new single joins her catalog, which has received almost 200K Spotify streams. This single comes on the heels of Stephanie’s re-release of her second album, 2017’s “Into You.”

Finally, in honor of Veterans Day, Lady Redneck has issued her Official Music Video for her #1 UK iTunes Christian chart single, “Pray For Peace.”  Watch that video at https://www.youtube.com/watch?v=lNjbgY0YKBM.

ABOUT LADY REDNECK: Stephanie “Lady Redneck” Lee is a country artist from Dallas, Texas. Her high energy performances and fun, tongue-in-cheek songs are making the world sit up and take notice of this blonde bombshell. Though she doesn’t look the part, her small-town roots and quirky personality have earned her the “Redneck” name that she proudly displays. She writes from the heart. Her songs are true-to-life and based on her real, honest moments and stories.

Stephanie Lee was born in Blackfoot, Idaho, and raised until she was 12 years old, in a little town called Howe, Idaho, population 23. Before junior high her parents moved to the BIG CITY of Idaho Falls, Idaho. Stephanie Lee played in the family band, Dusty Boots, that performed all over the northwest. She grew up playing the guitar, piano, bass, fiddle, mandolin and drums. The family sold 40,000 CDs during their career. Now, Stephanie is doing her own thing, releasing her own songs and earning the respect of both fans and the industry’s toughest critics.

Stephanie Lee is also a dark chocolate lover and a workout-a-holic. She loves her family, her Savior, and her country. Now living in Dallas, she speaks Spanish and a little Cebuano. Her single, “I Dented Your Truck” reached the top of the international iTunes country songs chart. Her single, “Pray for Peace” hit #1 on the UK iTunes Christian music chart.  More details can be seen at http://www.ladyredneck.org.