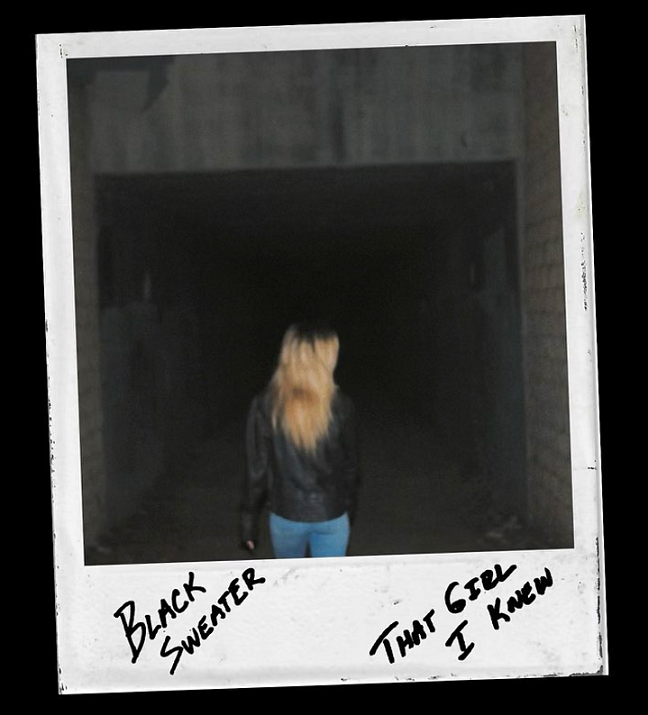 Black Sweater are a duo comprised of brothers, Sam and Caleb Sheffield. Their brand of Alt-Pop is best likened to the stylings of The Postal Service or Dashboard Confessional. They also inject a bit of Pop-Punk and Classic Rock into their sound, especially the former as it pertains to the vocals. Their latest release is also their debut album, That Girl I Knew. It’s a lengthy endeavor at 16 tracks, and commiserates within itself, in regards to all of the politics and dramatics of young love.

Please don’t cry/I can be your only friend. “Only Friend,” tackles both codependency and abandonment issues, with a bit of a wheeple. The piano-driven, “What To Say,” finds solace in the hammock of it’s own melancholy. You could even draw some comparisons to Ben Folds Five on this one, with its unabashed sense of irony and boyish commentary. As the record progresses, you’ll find that Black Sweater can shift their moods and demeanor with remarkable efficiency.

Taking off your clothes/I’m already close/I Just wanna know if you’re the answer. The somewhat atmospheric “The Answer" is actually a uniquely constructed piece, with an open chorus and heart. As I listened to this one, I could easily hear it as a potential single from That Girl I Knew. Both “Images,” and “Reminisce,” are instrumental pieces. They seem to serve as a musical reprieve from the emotional intensity that abounds throughout the record.

One of the more glaring aspects of That Girl I Knew is how lyrically profane it can be, especially for the style and tone of the album. It’s safe to say that Black Sweater doesn’t skip any steps in the grieving process, especially, anger. “Street Lights” is rife with resentment , and seems to come from the perspective of a petulant juvenile. Of course, the brother’s self-awareness is likely to be the focus of the overall snapshot. It’s rare that music is presented in such blunt fashion, without sacrificing its grace, but it’s achieved on That Girl I Knew.

Emotional existence/forgettable forgiveness/pathetic persistence/and you don’t even care. Black Sweater sends a short love letter to the 90’s with “Insane.” Another track that shows how comfortable the group is in the studio, as the mix is nothing short of pristine. In many ways, That Girl I Knew is the tale of two records, similar to Hot Fuss by The Killers. The second half is defined by quality songs and consistent performances. But it’s the first half that will have their fan base pledging eternal allegiance. With tracks like “Helpless,” and “Wonder Why,” the album doesn’t necessarily peak in the first 8 songs, but it hits a sharp crescendo.

Black Sweater has achieved a production with a quality that is immeasurable. That Girl I Knew sounds familiar but is delivered in a way that no other act besides Black Sweater could. They take numerous risks and allow themselves to be subject to instant derision, as they look back on a love that was ultimately unrequited. By the album’s conclusion, we end up feeling like we knew that girl too.