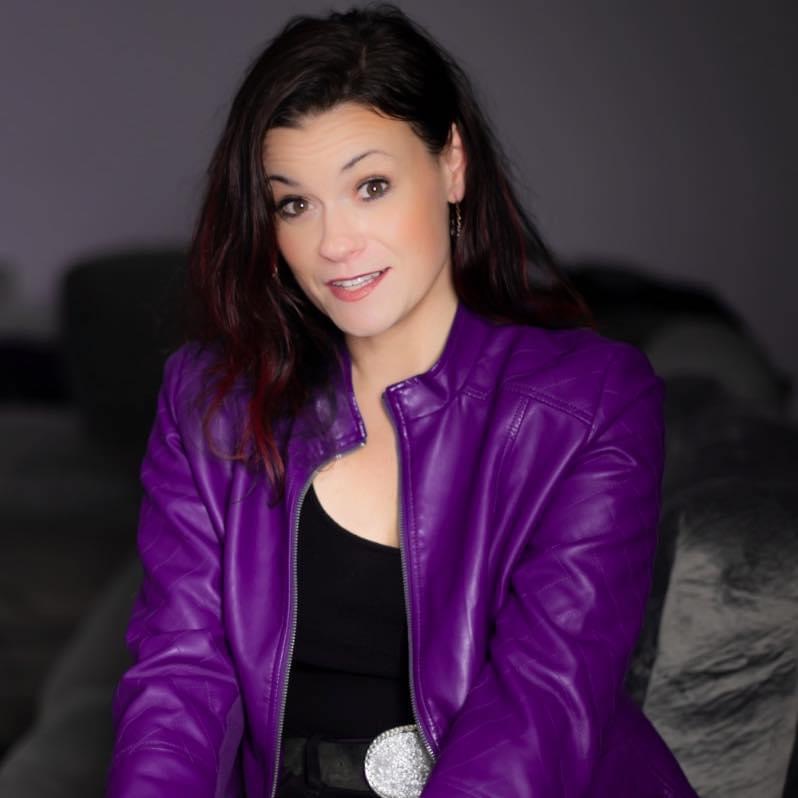 Stacey Toy is one of the most innovative women on the planet. Currently the COO of NFT Drop, LLC,  a company dedicated to transforming how we think about community, value and ownership. Stacy excels not only in leadership but as an astute entrepreneur in the entertainment industry as well as the NFT metaverse.

Stacey spent 11 years in the broadcasting industry on a top 55 market station as the live TV news director. She worked on the 2012 Olympic Games and was instrumental in helping build her stations new High-Definition Control room. Stacy produces and casts film, TV, and commercials as the COO of TwentyFiveEight Studios Inc., and has worked with companies like Toyota and the Super Bowl in providing ads and commercials. She has produced, pitched and managed feature films, television shows, pilots, sizzle reels, commercials, and documentaries and has worked with celebrities including Ice T and Coco, George Lopez, Cedric the Entertainer, Morgan Fairchild, Alexander Ludwig, and many others.

With her pulverizing dedication Stacey is an incredible success. She has an unconquerable spirit and the soul of a visionary……

What is your most inspiring quality?

I’m glad that I’ve been able to train myself to think positively and always try to find ways to figure things out. I really enjoy learning about a lot of things and really getting into the details when I can.  Me knowing how things work just make working things out faster and easier for me.  I think the fact that I never stop learning and I never give up on things that mean something to me.

When did you first discover NFTs?

My late best friend got me into both cryptocurrency investing and NFT’s a few years ago.  My friend, Bob Simkonis, struggled with a hard life and he dove head first into it not long after Bitcoin started really gaining speed.  He was really good at stocks and investments for himself, so I asked him to teach me and help me learn how to invest.  That was all right before COVID hit and the film industry just stopped.  If it weren’t for my investments with my friends help then, I wouldn’t have been able to make enough money where my crypto paid my bills and provided for me and my family.  With more time during the pandemic, I jumped into learning more about all things crypto and NFT.  Unfortunately, in July 2020, my friend Bob ended up taking his own life.  From that moment on, I was going to have no choice but to walk ahead into this new crypto world alone.

I spent the next year and a half really educating myself as much as I possibly could on NFT’s and Blockchain.  It was finally in late October of 2021, our team naturally came together.  My CEO, GIL LAUREIRO and my CTO, Rod Thompson have been such an amazing source of support and knowledge for me.  I know that my friend would be looking down and very proud of all that I had put together.

What do you see is the future for NFTs?

They are going to open a whole new doorway into investing, assets, education, life experiences, memorabilia, real estate, employment, opportunity, etc.  The future looks bright with them, so anyone heading into that space should come wearing their sunglasses. :-)

What’s your favorite experience to draw from when you need to impress?

I’m just me…Everything I’ve worked hard for in my life and everything I’ve both achieved and failed has gotten me to where I am today.  All I need to remind myself is that I’m not dead yet…and I’m too smart to let it go to waste.  Don’t waste time, learn about everything and don’t be an asshole.  That’s the key :-)

Who is your biggest influence?

My father-HANDS DOWN!!  That man was the man who saved me and believed in me when I was hitting rock bottom nearly 20 years ago.  My dad didn’t have a lot of money, but he was a farmer who knew how to plant and grow seeds.  He couldn’t always write a check for everything, however, he took the time to plant seeds into my mind.  He spent a lot of time talking to me about a lot of things in life…he spent the time watering the seeds he had planted in my mind.  When a lot of people told him that I was a lost cause or I would never succeed, he was sure that I was going to prove them wrong.  There were people who talked down to him because he didn’t have a degree and he wasn’t a rich attorney or doctor.  I watched a room of “Smart People” tell my father that he didn’t know what he was talking about and they had degrees that proved his thoughts wrong.

He never backed down and he was adamant that I would be the ’Tenacious Toy’ that he believed that I was.

If it wasn’t for my father, I wouldn’t have become even half the person I am today.  Because of him, I went on to attend Oxford and Harvard.  I was honored at a dinner at Parliament and was given the Most Distinguished Alumni award while also being the guest speaker at the senior dinner.  The ‘smart people’ told my dad back then that I wouldn’t succeed…so I bet they never could have believed that what I did with my life would land me back on the very same campus again.  This time,  I was telling my story to inspire seniors and accept an award that made me the most distinguished alumni that year…(thanks to my father’s psychological farming skills)  It’s now been almost two decades since my dad stood up for me and he was right.  Everything that I’d endured with that situation and then becoming a widowed single mother of two boys when I was 28, raising my children all on my own, to building my businesses and really reaping the harvest that my dad and I had sewn together after all these years.   I’m now 38 years old and my kids are both teenagers in high school.  The only reason I ever could have succeeded was because my father’s words, actions and all the time we spent together talking meant a lot more than anyone could have ever guessed.  I’m not afraid of failure because of my father. I’m not afraid to speak up and stand up for what I believe in because my father showed me what a true parent is supposed to do for their kids.  My dad only ever wanted me to be happy…but I’m now a “Tenacious Toy” too!  (Love you, Dad!)

If you could help me ask you any question on the planet what would it be and how would you answer?

I love when I get asked this question because I have a few…I want to know if Annie is OK since Michael Jackson kept asking in the song.  I wondered if they are ever going to stop making new Home Alone movies because anyone who loses and forgets their kid that much during the holidays is concerning.  I always wondered if the road to hell was paved with good intentions or was it with bacon like that one movie referenced?  I also want to ask John Cena why does he say we can’t see him when he’s the biggest person in the room most of the time?  (Ok bad jokes I know…I know haha)

In all honesty, I don’t know another answer lol….

What projects are you currently working on?

****stay tuned for this answer….I’m waiting for approval and dates of release but want to give SOMETHING different….