In 1969, butterfly scientist Paul Ehrlich predicted apocalypse.  By the 1980s, he said, we humans would be blasted by a population bomb.  Because of our unchecked population explosion, the number of people would grow faster than the amount of food.  A billion people, Ehrlich said, would die.  They would die of starvation, disease, and a lack of wiggle room. In the 1980s.  But the 1980s came and went.  And Ehrlich’s prediction did not come true.

Despite that failure, Ehrlich’s claims grew in popularity.  In other words Ehrlich’s ideas were touted as science.  But they were not.  In science, you drop a hypothesis if it utterly fails in its predictions.  There is, however, an area in which theories that produce false predictions grow riotously.  It’s called religion.

For example, Jesus predicted that the kingdom of god would arrive when he went to Jerusalem for a Passover dinner. Instead of elevation into the Kingdom of God, Jesus was crucified.  Then his followers predicted that the Kingdom of God would arrive no later than next week.  Then next year.  Then in the next millennium. But those predictions, too, proved inaccurate.  Yet Christianity has survived as the leading religion on the planet.  Why? Fear can be a bonding mechanism.  Visions of apocalypse can send us running into each other’s arms.  So Christianity fails as a theory, but it taps something deep in human nature.  And it acts as social glue.  That’s the difference between science and religion.  In science, perpetually wrong predictions discredit a theory.

Yet the catastrophe-obsessed point of view that Paul Ehrlich promoted in his 1968 book The Population Bomb and in his 1969 paper on  “Eco-Catastrophe.” was augmented and hammered home two years later by the Club of Rome in their book 1971 book The Limits of Growth.

The Club of Rome used a computer model to prove conclusively and “scientifically” that Paul Ehrlich was right. Overpopulation would produce mass starvation by 1980, a year in which there would be so many of us that we would no longer have room to sit or lie down—we would all have to stand.  Sometimes on each other’s shoulders. Even the Club of Rome’s mathematically-based, computer-verified, absolutely scientific prediction has not come true.  In fact, it has failed as dramatically as saxophonist Paul Winter’s prediction that all the world’s whales would be extinct by 1978.  But in the 2020s, millions of people still believe the Limits of Growth’s predictions of population-bomb apocalypse. Passionately.

There is a problem here.  And it bears repetition. What ecological thinkers call a science has the characteristics of something very different:  a religion. In fact, Limits to Growth thinking resembles the religion of an upstate New York farmer named William Miller who predicted the end of the world in 1843.[i]  When the world did not end, Miller secluded himself, reworked his mathematical calculations to eliminate their errors, and came up with a new  end-of-the-world date: 1844.[ii]  That’s two big blunders.  Based on math.  You’d think that would have been the end.  But it wasn’t.

Today, William Miller has over 18.7 million followers.[iii]  They’re called the Seventh Day Adventists and the Advent Christians.    Which means that we humans sometimes love predictions of catastrophe.  In fact, we cling to visions of catastrophe even when they fail to come true. Why?  Because they bind us together in a tight social unit.  And bonding to our fellow humans is the very stuff of life.

OK, Adventism is religion.  But in science, when a belief is proven wrong, it’s supposed to be shelved.  It’s not refurbished, recalculated, and brought back over and over again.  The idea that the sun revolves around the earth was retooled and rejiggered from 110 AD until 1630 AD.  That’s a long time—1,520 years.  But then in the 1600s a new form of thinking began to elbow religious beliefs aside. It was called “natural philosophy.” And natural philosophy finally put the idea that the earth revolves around the sun into the trash bins of history.  Then, in the 1800s, natural philosophy underwent a name change.  Today it’s called science.

Remember, in religion, an idea can be proven false and can grow stronger.  Especially if it offers a vision of an apocalypse.  But not in science.  Right?  Yet friends of mine in the creative community, friends like NASA space artist Don Davis, Breaking Open the Head author Daniel Pinchbeck, and science author Dorion Sagan—son of Carl Sagan and of landmark biologist Lynn Sagan-- believe in The Limits to Growth’s apocalyptic visions to this day.  Powerfully.  Passionately.  And they are not alone. A new Rasmussen/Heartland survey shows that “54% of Likely U.S. Voters who say MSNBC is their favorite cable news outlet, and 53% of those who say CNN is their favorite, believe if global carbon-dioxide emissions continue to increase at a rate comparable to what occurred during the past decade, humans would become completely or nearly extinct within 100 years due to climate change.”[iv] Yes, 54% of my fellow liberals believe humans may go extinct in a mere hundred years. Killed off by their very own greenhouse gases.

Ehrlich and the Club of Rome’s apocalyptic belief system has been proven wrong at least once.  It was totally off base about a billion people dying in the 1980s  Yet over fifty years later, Ehrlich’s butterfly error and the Club of Rome’s computer-generated Limits to Growth catastrophe remain the belief system of the age.  What’s worse, this apocalyptic view claims to be science.  The only science.  And like religion, it will not tolerate opposition.  It hunts down heretics and punishes them.  It punishes them with excommunication from the scientific community.  It calls them “climate deniers.”

I ran into the sort of pressure that makes dissidents keep their mouths shut when I wrote a brief opinion piece in late 2009 in a publication often disapproved of by the environmentalist community, The Wall Street Journal.  My essay pointed out that climate change is not just a human creation, it is a perpetual twitch of nature.  We have a sun that’s increased 43% in warmth since this planet was born. We’ve had twenty sudden global warmings and sixty ice ages “In the two million years during which we climbed from stone-tool wielding  Homo erectus with sloping brows to high-foreheaded Homo urbanis, man the inventor of the city.”

“btw I saw your piece in the WSJ on climate change and disagree very strongly.  I think it is very irresponsible of you to ignore all the evidence that the climate has warmed the last 50 years due to the CO2 and other greenhouse gases put into the atmosphere by we humans.  If we are to have a chance of avoiding the consequences, which range from challenging to calamitous we have to understand the causes as this determines what we can do about it.”

In other words, Smolin said it is irresponsible to trot out discomfiting facts, the sort of facts that Al Gore once called “inconvenient truths.”  Smolin implied that  debate is a form of treason to the scientific community.  At least on the topic of climate change.  But  I thought debate was the very thing that makes science science.

Yes, life depends on interlaced systems.  Yes, we  can easily poison our air and our water.  But no, we are not hitting the carrying capacity of our environment.  We are not running out of resources.  We are not destroying a garden of Eden.   And, no, reversing the agricultural revolution and undoing the industrial revolution will not return us to a perfect state of green, to a global petting zoo like something out of Bambi.

What’s more, taking greenhouse gases out of the air will not return us to a state in which climate change ceases to be.  Why?  Because nature doesn’t work that way.  Climate change is not a result of disturbing nature. It is nature’s status quo. Climate change and species extinction are not inventions of human beings.  They are mother nature’s way of filing her nails.

It’s our vision of paradise and of an unchanging equilibrium that is unnatural.  So is our vision of a loving mother nature.  Extremely unnatural.  But guess what?  Nature favors the unnatural.  We are capable of conceiving things that have never been and turning them into new realities.  And that ability is part of nature’s creative process.  The process she uses to remanufacture herself.

I’ll give you a whole different reason for yanking greenhouse gases out of the atmosphere in a future episode.

Howard Bloom has been called the Einstein, Darwin, Newton, and Freud of the 21st century by Britain’s Channel 4 TV and the next Stephen Hawking by Gear Magazine.  One of his seven books, Global Brain, was the subject of a symposium put together by the Office of the Secretary of Defense with representatives from the State Department, the Energy Department, DARPA, IBM, and MIT. 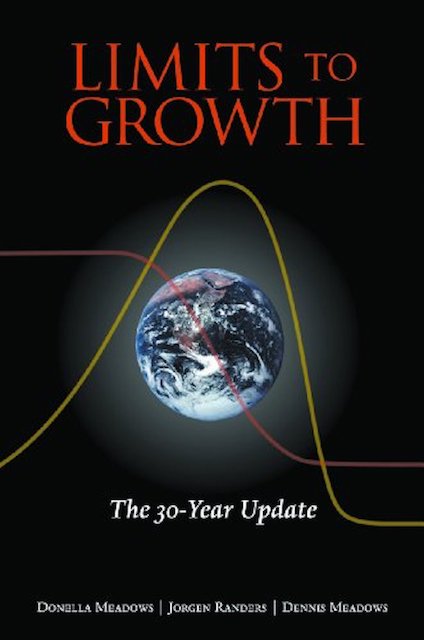