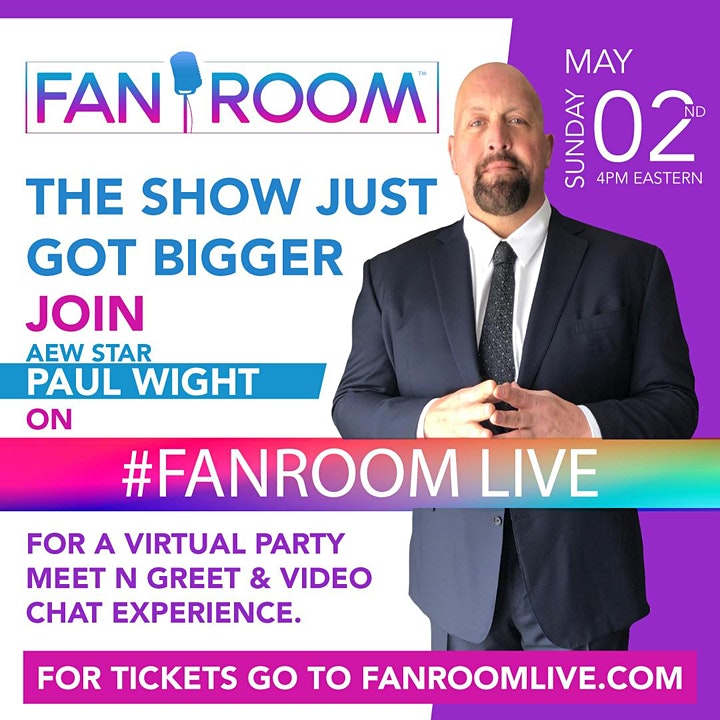 Join AEW Superstar Paul Wight for a virtual meet and greet on FanRoom Live on Sunday May 2nd, 2021 at 4 PM ET.

The FanRoom Live platform helps actors, musicians, comedians, sports stars, and other popular figures engage and interact seamlessly with their supporters virtually. These sessions are always very interactive and more like a meet ’n’ greet and Q&A town-hall-style meetings.

Get your FanRoom Live tickets to meet Paul Wight LIVE on Sunday, May 2nd, 2021 at 1 PM PT, 4 PM ET by going to  https://www.fanroomlive.com