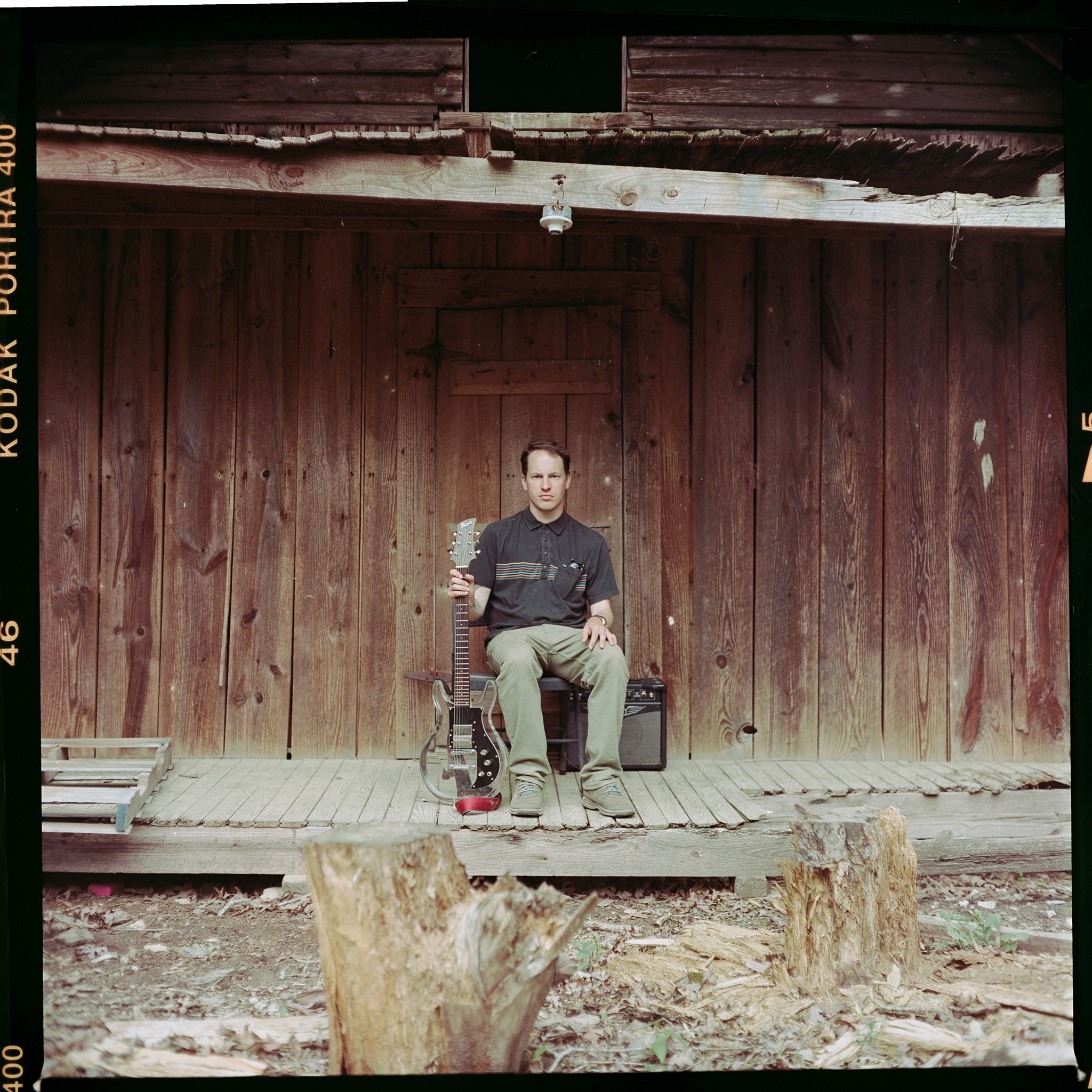 Hank Close’s latest collection of songs Guilty Pleasures (Are the Best Ones) is, arguably, the singer, musician, and songwriter’s finest studio release yet. Close is a veteran player with nearly two decades experience as a live performer, vocalist, and author. He has played his music throughout the world, albeit often on his own dime, and the restlessness implied in his life story figures into his music as well.

You won’t be able to pin his music down. Guilty Pleasures draws on his progressive and alternative rock influences, among others, and no two tracks are exactly alike despite sharing a common lineage. There is across the board consistency in several respects. Close benefits from steadfast and knowing production capturing his rugged, seemingly slightly out of tune guitar lines and often stellar drumming. “Twitch”, the album’s first cut, is an excellent example of this in action.

He favors big crashing chords for this song above all else. It has a slow pace as well; it comes across like the sound of someone falling down a flight of stairs but remains musical all the while. Hank has a drone like quality in his singing, even during faster tunes, but it won’t turn listeners away. “Lady St.” keeps the same down-on-its-heels character of the first song but the arrangement and approach to the guitars could hardly be more different.

It is a much more expansive song. Close allows the arrangement room to breathe, leaving small but significant space in the song. The melodic strengths reinforcing many other album cuts is present here as well. “Alchemy” is one of Guilty Pleasures’ best songs. Close will impress many, those already predisposed to enjoying his music as well as those not, with the way he ramrods two incongruous musical movements together into a surprisingly cohesive whole. It is definitely one of the album’s most assertive efforts.

“Don’t Go Out” harkens back to Close’s time playing progressive rock. It doesn’t recall any particular artists, little of his stylistic experiments can be deemed pastiche, but the unusual meeting of near-theatrical vocals with distinctive and equally theatrical acoustic guitar has its own identity. “Stupid Teens” is another song about relationships and one of the album’s overall best. There’s a rough and ready alternative/punk spirit percolating in some of the songs and this is one, but it likewise references traditional rock music with surprisingly effective results.

If you amped up the guitars during “Poison”, it comes close to doom metal. A simplistic riff is the foundation of the song and it has a hypnotic power that pulls you into its web. It has a droning musical aspect without ever going too far, it doesn’t hit you as outright dreary, and holds your interest. Hank Close has marked his 2021 with the best release of his music career and the new direction signaled by Guilty Pleasures (Are the Best Ones) will likely continue for the foreseeable future. There’s little question that his existing fans will rejoice and new fans will keep coming back for more.