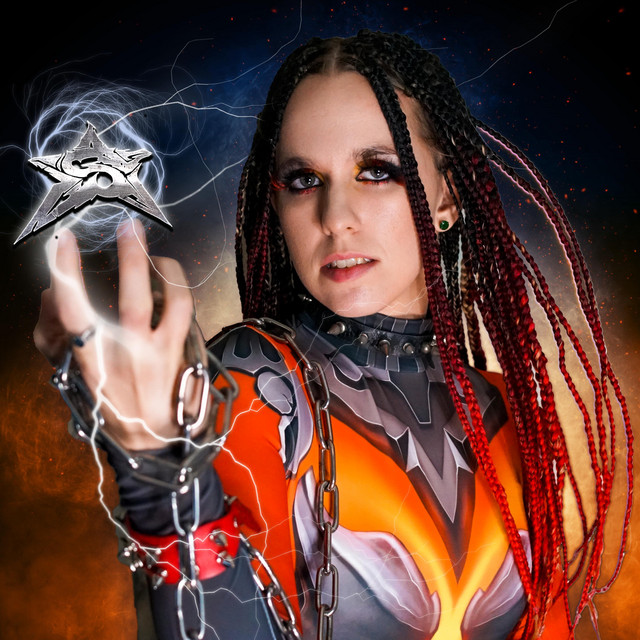 Sepsiss is a Rock/Metal act out of Manchester, NH, who have embraced all aspects of the subculture. Their latest single, “Yesterday Isn’t Me" is a major milestone for a band that currently has a great deal of momentum. A sextet, Sepsiss is headed up by Melissa Wolfe, who also seems well on her way to becoming an influencer. The band affectionately refers to their fans as “swarmies,” and they have crossed over into the gaming community, thanks to Wolfe. They’ve utilized live-streaming to expand their online presence, and have found  formidable ways to connect with their audience.

Their sound is somewhat rooted in early 2000’s Nu-Metal, and is equal parts heavy and accessible. With a two guitar setup, and keyboards, Sepsiss has no trouble creating depth and density within their music. On “Yesterday Isn’t Me,” they draw off of some of the usual tricks. Wolfe provides the clean vocal, and boasts a relatively strong upper register, while guitarist, William Savant, supplies the obligatory growl, eliciting comparisons to early Davy Havok.

The mix is booming but organized on “Yesterday Isn’t Me,” with a prevailing staccato effect. The song is likely to perform differently, depending on what console you’re listening through. There are moments where things seem a half-step behind, but the band quickly displays confidence and brings a surplus of energy to the proceedings. Most importantly, there is a story contained within the piece, as it’s dedicated to Wolfe’s late brother, Chris Coletti.

In the video for “Yesterday Isn’t Me,” we get to see the true strength of Sepsiss. Melissa Wolfe has a commanding presence, accentuated by an eye-catching look. She somehow manages to come across as both sagely, and youthful, showing a sort of lucid vulnerability in her final shot. We see the band performing in interspersed bits, and a view of Manchester closes the video. This video is where we see why Sepsiss has amassed a considerable following for an unsigned band. They have a presentation that sparks an immediate reaction, whether it be positive or negative.

Never chase the sun into tomorrow/as long as it’s moving/you’re closer to me. Sepsiss has received awards in their home area, for best Hard Rock/Metal based act. They are something of an anomaly for their time, and it’s refreshing to hear them embrace a traditional rock band setup. In 2020, Sepsiss released the LP, Almost 11, amidst the uncertainty of the pandemic. As we now re-acclimate to a life that we knew before the lockdown, Sepsiss looks primed to be a breakout act. Based on “Yesterday Isn’t Me,” you can assume that the band will continue to push the boundaries of their own creativity. The track is now available on YouTube and Spotify.