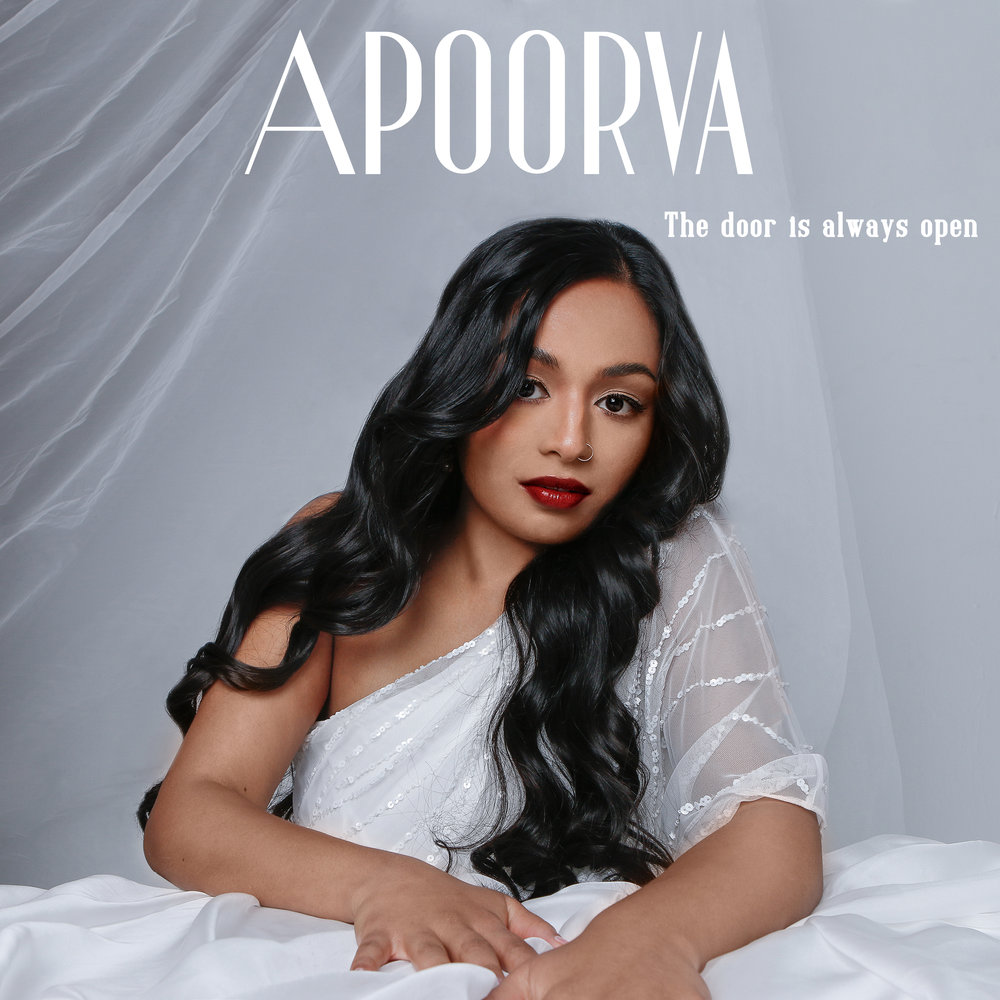 “The Door Is Always Open” is the newest single by New York-based singer-songwriter Apoorva. Apoorva, who is of Indian descent, essentially sacrificed everything in order to pursue her musical dreams. Because her spirituality and faith are major factors in her life, Apoorva’s music reflects that. “The Door Is Always Open” is a love song from a perspective that we don’t always hear. It says if you want to go, go, but you are always welcome back.

Of course, there are several other layers to a track as ethereal as “The Door Is Always Open.” The song opens without any major fireworks or anything pronounced, for that matter. It has a relatively unorthodox arrangement, but it suits the artist who is, by default, rather unconventional. Apoorva, whose name translates to “never before” in Sanskrit, has an angelic voice that is in the latter stages of development. Her personality pours out of the track, and you can almost feel her presence at certain points.

There’s a repeating clap in the background of the track that ends up being a definitive aspect of it. It’s a curious addendum that compliments the piece in a peculiar manner. Because of its more Worldly influences, “The Door Is Always Open” doesn’t abide by a particularly traditional arrangement. While the track isn’t mixed especially low, there is a thinness to the sound that seems designed to suit Apoorva’s voice. Apoorva, who is a trained singer and later became an instructor herself, turns in a solid performance that is hallmarked by an endearing bashfulness.

There have been both Sade and Enya comparisons when it comes to Apoorva, and they are relatively warranted. The opening moments of “The Door Is Always Open” gives you that exotic mystique that only a Sade song can. Apoorva is from her own side of the tracks, though, and her heritage will go a long way in distinguishing her, ironically enough, much like Sade’s did. As for the Enya comparisons, that is more of a matter of texture and tone. When people hear New Age-inspired works, they often don’t have much else to compare them to, so Enya always ends up in the conversation. Apoorva has the ability to create a sublimely oblique atmosphere with her voice alone.

The Door Is Always Open” is a fine introductory piece to Apoorva. She’s still finding herself as an artistic entity, and her confidence is still in its infancy as well. What she does have is inspiration, talent, and a highly personal creative direction. It will be interesting to see or, more accurately, hear where she goes from here. In her past statements, Apoorva has made it clear that she plans on honoring her culture and maintaining a spiritual element in her music. “The Door Is Always Open” is now available for streaming.