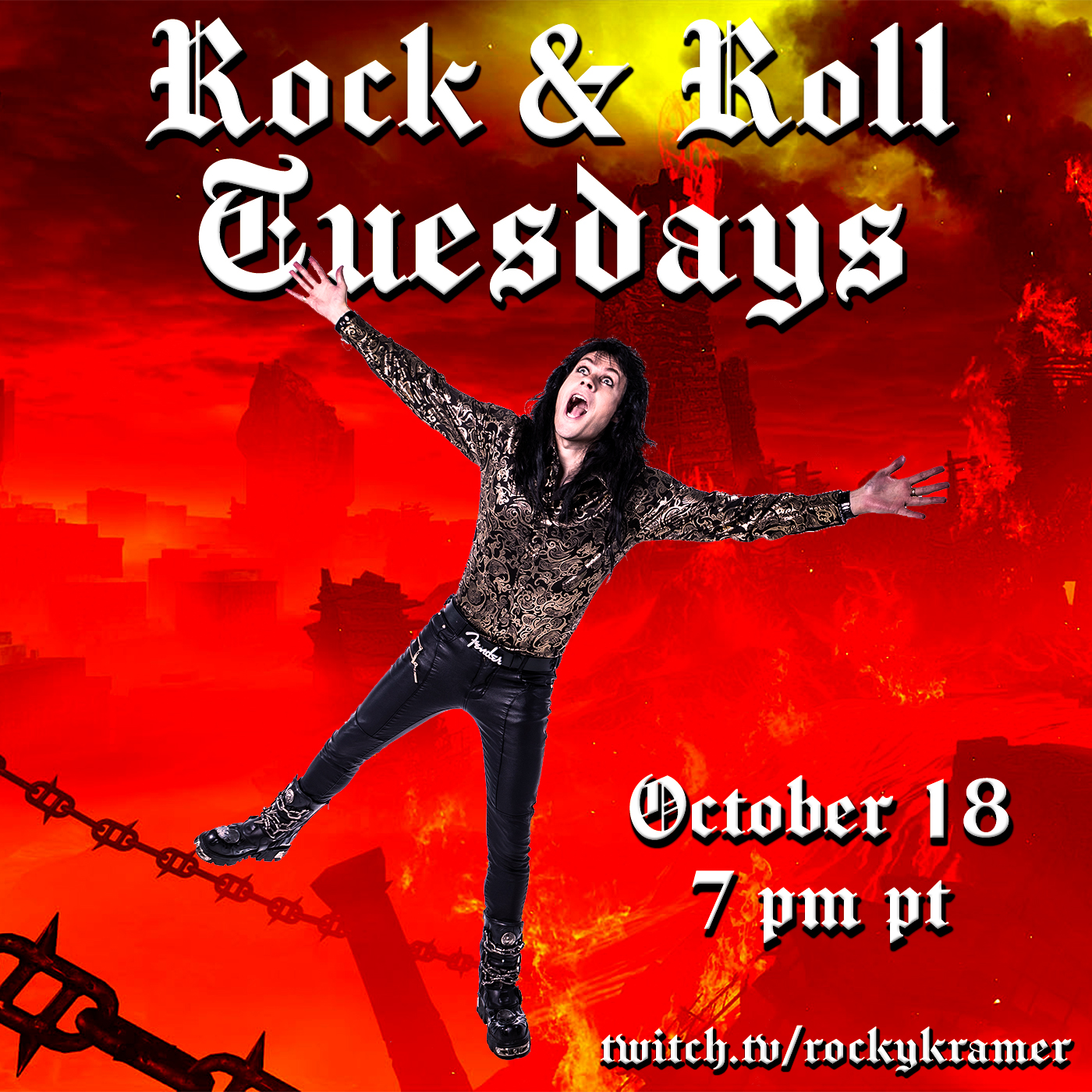 Rocky Kramer will be hosting “Rocky Goes To Hell” on this week’s episode of Rocky Kramer’s Rock & Roll Tuesdays on Twitch. Tune into Twitch on Tuesday, October 18th , at 7 PM PT for this amazing show.