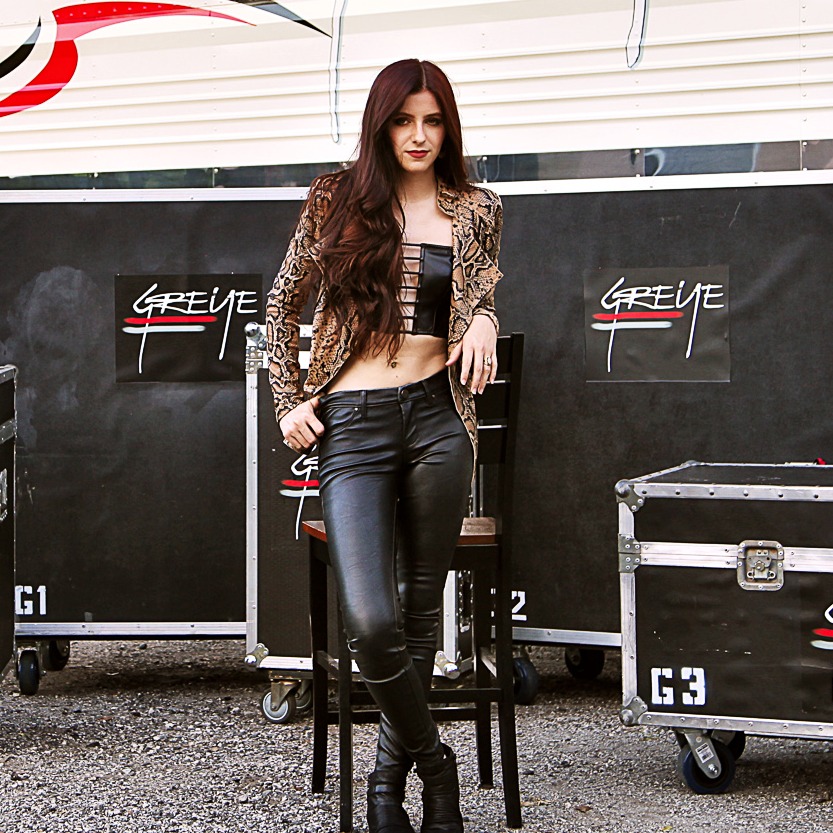 Daytona Beach, Florida quintet Greye returns with their new single “Bang Bang” and solidifies their status as one of rock music’s best kept secrets. It’s an artistic and musical crime that Greye isn’t commanding the biggest stages and making shots on major network television programming after five albums and innumerable live shows. You can hear their tight grasp of the fundamentals underlying the best rock music and likewise appreciate their thoroughly modern slant. Moreover, if you are a newcomer to their work, you will never hear anything in their music that smacks of imitation. This is a thoroughly original band mining well-traveled territory yet unleashing one song after another burning with a voice all their own.

Hannah Summer’s voice is worth the price of purchase alone. She takes a considerable bite out of each line and delivers them with back against the wall ferocity. There’s plenty of nuance in her phrasing as well. It’s a joy to hear a singer who is with every word, never coasting, and investing the full breadth of her emotions in the material. Coupling that with canny artistry will always be a winning combination. She’s also attuned to the song’s message and capable of hitting key moments with a sense of wry detachment. It’s a dazzling performance from, frankly, one of the best hard rock singers working today.

Guitarist Jett Wolfe is a more than adequate foil. The contrast of Summer’s voice and his propensity for massive riffs makes for an invigorating listening experience. He largely eschews any sort of showboating but, make no mistake, he’s capable of unleashing whatever a song needs to put it over the top for listeners. The production does an excellent job of capturing his guitar sound and he sounds massive during this performance. His rhythm section compatriots, bass player Eddie Avella and drummer Ray Grimard, inspire him to ever greater heights thanks to their rock solid accompaniment.

Greye is a lot of things; self-indulgent isn’t one of them. Everything about “Bang Bang” is honed to fine edge and the song draws blood before it reaches the halfway mark. They don’t belabor the track either. The underlying ethos of Greye’s songwriting is to give the song exactly what it needs to be successful, get in, kick ass, and get out. There’s no wasting the listener’s time. The lyrics obey the same principles. Greye has a gem on their hands with this track and it heralds their return to “active duty” with a tremendous sense of the possible. There’s really nothing this band cannot do.

They will continue proving that for years to come. “Bang Bang” is another step towards the greatness that is their due and their fan base will grow by leaps and bounds on the back of this monster. 2023 is shaping up to be a monster year for Greye, as well. They are exploding with creative energy and their gifts, discipline, and work ethic position them to take their music further than they have ever gone before.