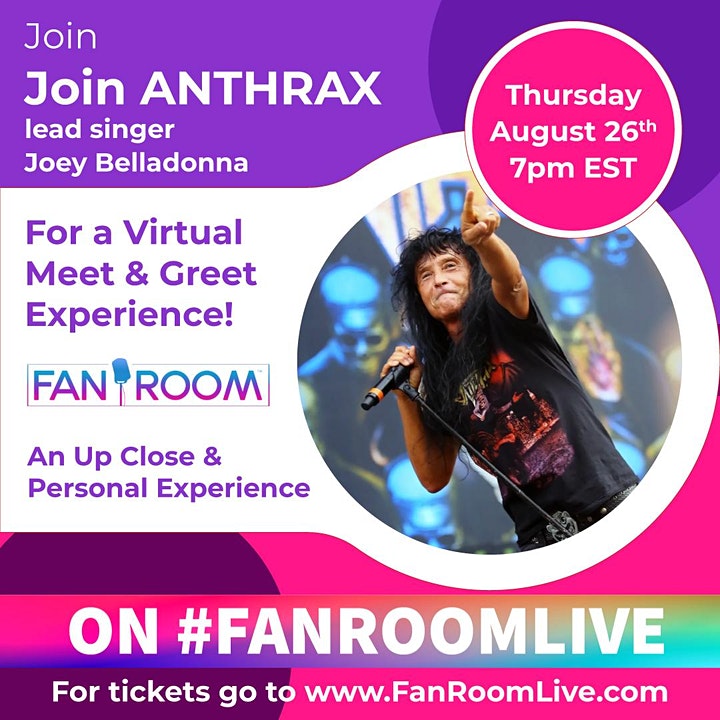 Joey Belladonna is an American musician, best known as the vocalist for thrash metal band Anthrax. He is also the vocalist and drummer of the cover band Chief Big Way. Belladonna has six Grammy Award nominations and is known for his wild, energetic stage behavior, and tenor vocal range.

Get your FanRoom Live tickets to meet Joey Belladonna on Thursday, August 26th, 2021  at 4 PM PST/ 7 PM EST  by going to  https://www.fanroomlive.com