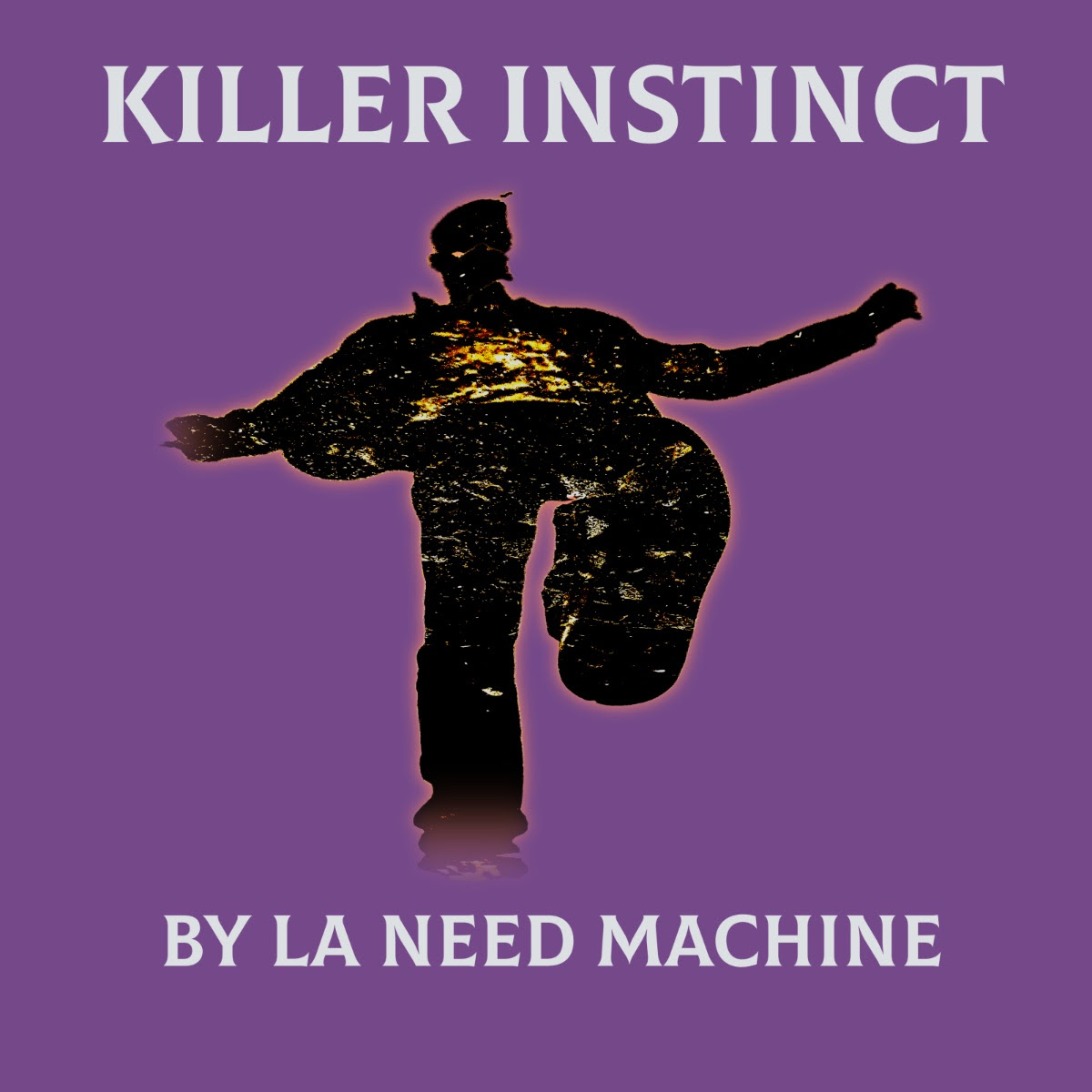 Conformity and good rock music don’t combine very well, and it should come as no surprise to anyone who devotes their time to the latter that acts like La Need Machine are rejecting the very notion of incorporating anything rooted in mindless conventionality into their music.

They’ve got too much of a story to tell, too much of an emotional bond with the heaviness of their grooves for us to receive anything less than an outside-the-box performance regardless of the tempo or tone of the music - hence, their second LP Killer Instinct contains nothing I’d associate with conformist-approved pop/rock in 2022.

A blistering attack greets us at the start of every song in Killer Instinct, and in the songs “Alice,” “She Loves Rock and Roll,” and “Herculean Tasks,” it’s delivered with such precision on the part of the players that you have to ask whether or not we’re listening to real musicians or robots programmed to dispense perfectly rhythmic rock songs. The former ends up being the case, as evidenced by the warmth of the melodies and the verses they carry forth, and we’re treated to one of the best full-length rock records of the year because of it.

Not all of Killer Instinct is about blitzing us with big riffing; “Need Machines,” “Hometown Heroes,” “Negative,” as well as “Scary Voices” run on pure rock gasoline, but they’ve got enough in common with the punkish moan of a more barebones aesthetic to become appealing to those who aren’t necessarily all about classic metal might all of the time.

There’s an obvious emotional investment in the material that is difficult for us to get around in “Fourth Gear,” the title track, and “Herculean Tasks,” and while the vigor of our vocalist’s execution quickly brings to mind artists of the past like Seattle’s own Carrie Akre and the late, great Mia Zapata, the spirit of her sentiments never sounds inauthentic or borrowed from someone else’s diary. This is all personal, in the only way a hard n’ heavy roots rock can produce something intimate, and I don’t see followers of the group disagreeing with me at all.

Taking a cue from legends is one thing, but trying to join their ranks is something entirely different. It’s hard just making a name for yourself in music today, let alone getting to the level a lot of the legends you look up to rest upon, but that isn’t stopping La Need Machine from putting out an effort worthy of such consideration in Killer Instinct. This is starting to feel like a good season for the rock n’ roll revolution this generation has been waiting to experience for themselves, and if La Need Machine can positively position themselves with the underground scene they’ve come to own so handily out of the northwest corner of the American circuit, I think they’re going to start getting a lot of the press attention they and many others like them have been vying for since getting their start.