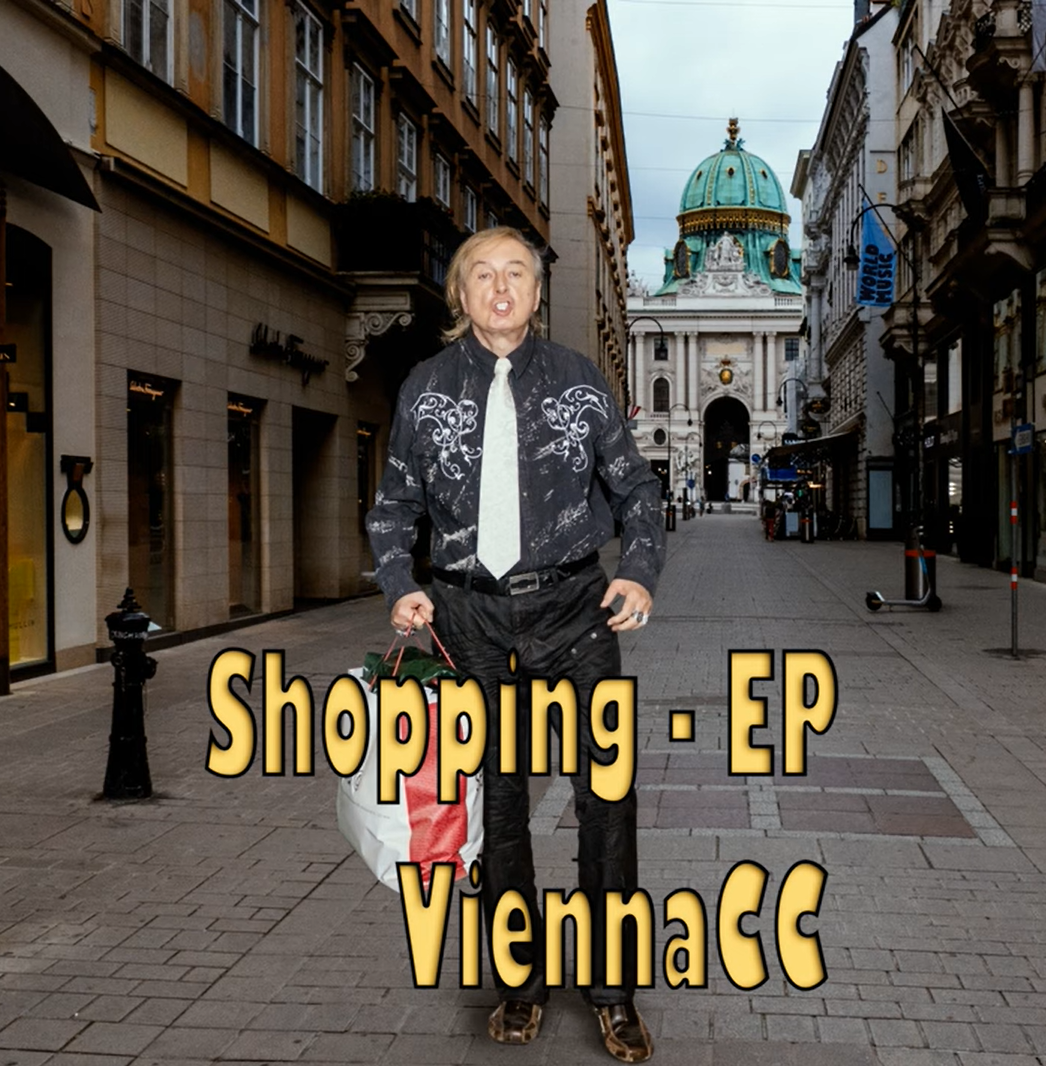 I think collectively as a society we need to really talk about how much we've let things consume us. It's ironic to say because we are the consumerists, no? But as time has gone on, we've made an identity based around the things we own and in some cases spend more money as a sign of status versus what we would actually want from the things we buy. I know this is a very dense discussion, but the wonderful thing about ViennaCC, the Austria based wunderkind is that he can tackle a subject as ugly as shallowness and imbue it with so much heart and fun, you almost forget that you're bobbing along to a story about a pretty horrible woman with a penchant for spending someone else's money to their financial and personal detriment.

I know upon first glance, that doesn't seem like the type of song you'd wanna vibe out to on a fun summer day, but the presentation is what makes it such a marvel. Vienna knows exactly how to play to his sonic and vocal strengths with a utilization of repetition and a falsetto performance that blends perfectly with the instrumental as opposed to a novice allowing it to get buried. It's a maximalist song that matches the subject matter in one of the best pairings of singers and subjects this year.

If you're someone with a great appreciation for electronic house stylings and the remixing of even those concepts with neat vocal arrangements, this is the song for you. It might not be for everyone, I can't imagine a kid enamored with the likes of Olivia Rodrigo vibing out to lines with mention of a James Bond song not performed by Billie Eilish, but who knows, this generation is just as astute as Vienna can be with mentions of shallowness. One of the most impressive feats the song does in on a pacing level, there's a deliberate sense of evoking something you'd actually hear in a shopping establishment like Forever 21, but it never feels as forgettable as the songs you'd hear at a place like that.

You can tell a lot of care has been put into this song and while there's a mean spirited edge that permeates from the subject person, a decently cruel and irresponsible woman, Vienna and his earnest "Let's get together and be alright" energy grounds it in a wholesomeness that makes the whole thing incredibly hard to dislike. If there's anything that might be a tiny barrier for the listener is Vienna's decently thick accent. It's certainly not impossible to decipher his lyrics or their intent, but to the uninitiated some lines can be a little difficult to make out. Nothing major, but something for the more accent challenged to be wary of.

Vienna should be incredibly proud of producing something balancing so much fun, musical wit, and memorable lyrics that should be spoken about with heavy praise by the end of this year. If this song is Shopping Queen, Vienna is a musical King.

The music of ViennaCC has been heard all over the world in partnership with the radio plugging services offered by Musik and Film Radio Promotions Division.  Learn more https://musikandfilm.com