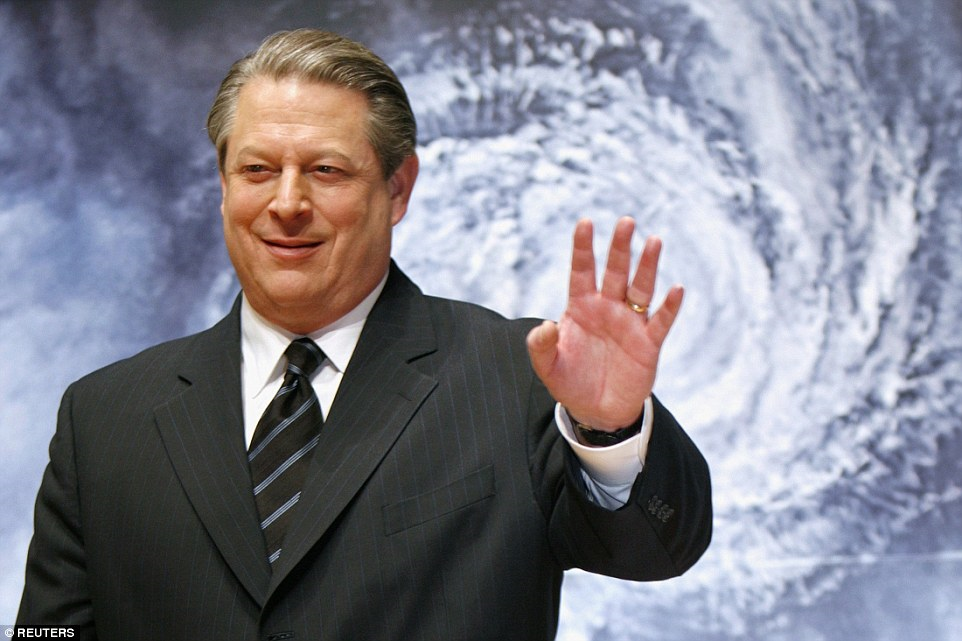 Nashville, TN / Washington, D.C. - Al Gore's Nashville estate devoured more than 21 times the amount of electricity than the average American household over the past year.  A National Center for Public Policy Research report on energy use at the property of the former vice president portrays Gore as a hypocrite who demands others sacrifice for his green zealotry while he enjoys energy without apparent care for cost or capacity.

Key findings of the National Center's "Al Gore's Inconvenient Reality" report, which draws on data obtained from the Nashville Electric Service (NES), include:

"Al Gore has attained a near-mythical status for his frenzied efforts to propagandize global warming," said National Center Senior Fellow Drew Johnson, the author of the report.  "At the same time, Gore has done little to prove his commitment to the cause in his own life. I'm not sure he even believes what he's saying."

"While Gore encourages people throughout the world to reduce their carbon footprint and make drastic changes to cut energy consumption, Gore's own home electricity use has hypocritically increased to more than 21 times the national average the past year with no sign of slowing down," Johnson said.

Electricity for Gore's home, pool and security gate comes from NES and is largely derived from coal and nuclear power - with just 3.2 percent generated by wind and solar alternatives.

Gore's behavior conflicts with behaviors he suggests others follow.  On the website for his documentary, people are urged to "lower your carbon footprint" and advocate for renewable energy use.  It asks people to sign a " Pledge to #BeInconvenient" that commits them to "switch my home… to 100% renewable energy," persuade others "to pursue climate solutions" and buy tickets to his documentary.

"Like most sequels, Al Gore's documentary and his lifestyle choices don't live up to expectations," said National Center President David A. Ridenour.  "Al Gore is asking Americans to make expensive and uncomfortable changes to adhere to his green goals, yet his electricity bills show he does not live the way he wants to impose on others.  He can't just talk the talk - he must walk the walk.  And he has now failed at that twice."

This is the second time Gore's conspicuous consumption of power has been exposed.  In 2007, Johnson - then president of the Tennessee Center for Policy Research - reported that Gore used over 220,000 kWh of electricity a year at the same property. This led Gore to install solar panels, a costly geothermal heating system and other alleged energy-saving home improvements.  Despite these renovations, his 2016-2017 electricity consumption is over 10,000 kWh more than a decade ago.

The National Center for Public Policy Research, founded in 1982, is a non-partisan, free-market, independent conservative think-tank.  Ninety-four percent of its support comes from individuals, less than four percent from foundations and less than two percent from corporations.  It receives over 350,000 individual contributions a year from over 60,000 active recent contributors.  Sign up for email updates here.  Follow us on Twitter at @NationalCenter for general announcements.  To be alerted to upcoming media appearances by National Center staff, follow our media appearances Twitter account at @NCPPRMedia.