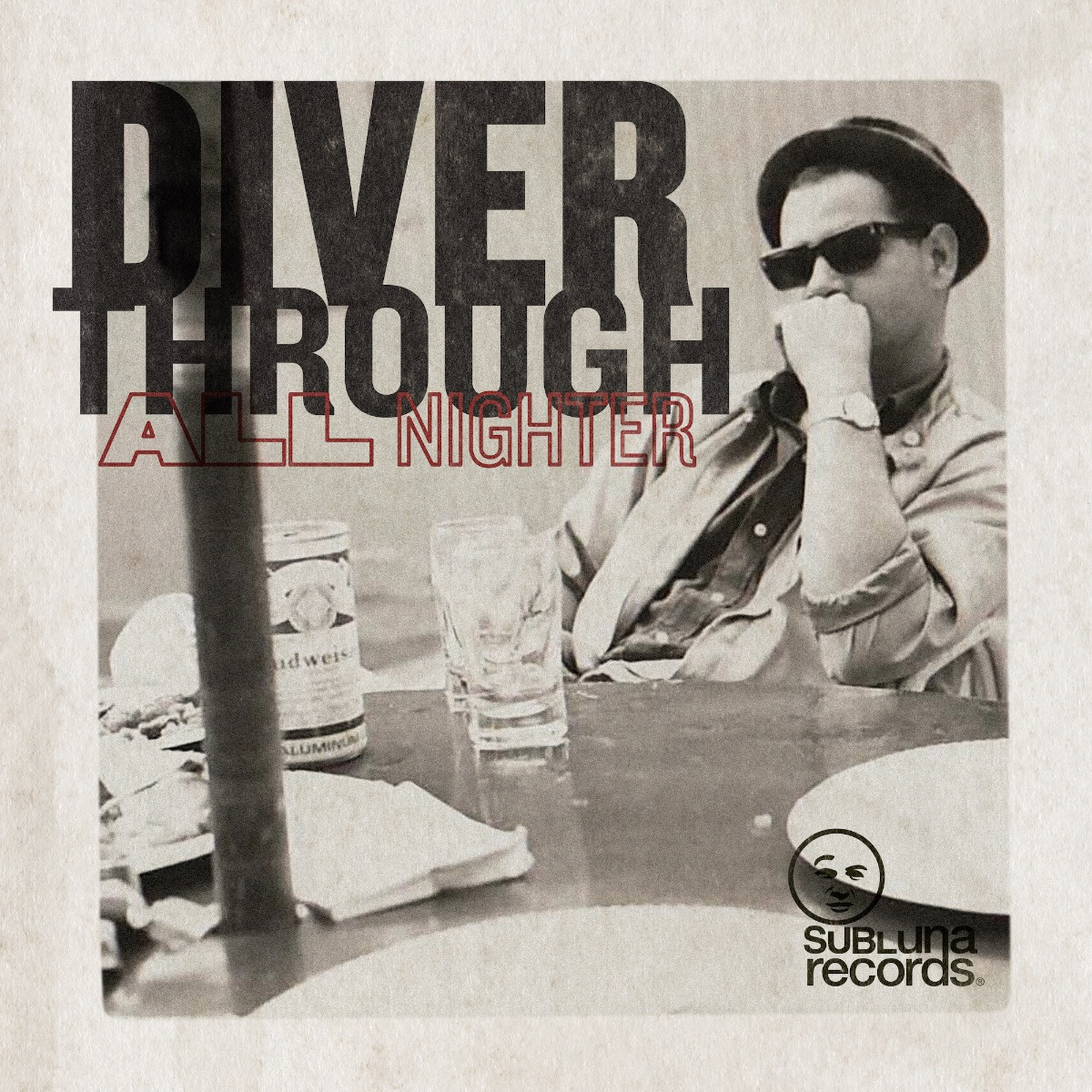 Michael Baynes and his two bandmates in Diver Through, bass player Mike Rellah and drummer Ken Nasta, are almost a decade into the band’s existence and this third release, a full-length entitled All Nighter, buys them at least another decade, if not more.

Make no mistake, however. This isn’t a band needing a career-saving release. Baynes and his bandmates have been carving out a bigger and bigger niche for themselves as one of the more distinctive indie purveyors of alternative rock working today since 2013. All Nighter finds Baynes producing the best songwriting of his career, so far.

It is unabashedly personal, even painful. “That Side of Me is Rage” is almost embarrassingly frank but there is likewise something quite bracing about someone who can express that ugly truth about themselves. It will strike sympathetic chords for some listeners too thanks to its subject matter and Baynes’ often melancholic vocal.

“Heal What Hurts” is one of the album’s unmitigated alt rockers with Baynes’ big, distorted chords powering much of the song’s forward charge. The band, however, uses classic rock song dynamics to great effect, and the collision between these related but different aesthetics produces an individual sound.  It should be noted, as well, that songs with titles and full of self-reflection such as this weren’t as likely over three decades ago, during classic rock’s heyday, so it interesting to reflect how the goalposts move and keep moving.

“All Nighter” is a more than worthy title song. There’s a definite sense of Baynes’ taking “stock” through this song, it isn’t overplayed by any measure, but I believe Diver Through’s lyrics are destined to play loudest for a specific set of listeners. It nonetheless has broad appeal because he phrases these sentiments in such a way that they achieve the necessary universality for transcending his personal experiences.

“Time Capsule” is another of these songs heavy on self-reflection. It’s propelled by one of the rightest, concise band performances on the release and you can’t help but be impressed by the lockstep chemistry they share. These are songs ready for the stage, as well, and Baynes’ voice is more than sufficient for “keeping up” with the instrumentation. Piano is the key fourth instrument in the band’s musical makeup, much more so than keyboards, and the band may have to re-arrange some tracks for live performance. Any transformation, however, is unlikely to be drastic.

“VIALS” is a song certain to catch the attention of newcomers and longtime listeners alike. The unlikely subject matter of the lyrics is expertly handled by arguably the best Baynes vocal in the collection. It’s dark but intensely human, and the music compliments it to a T. Diver Through ends the album with “Blue Ocean Blue” and I feel as if this is likely the closet the album comes to an outright and unmitigated “personal statement”. The strong feeling of autobiographical writing doesn’t, however, mean the whole thing is a bust if it isn’t true – quite the contrary. It’s an all-around winner that helps All Nighter stand out as Baynes and Diver Through’s most accomplished release so far.