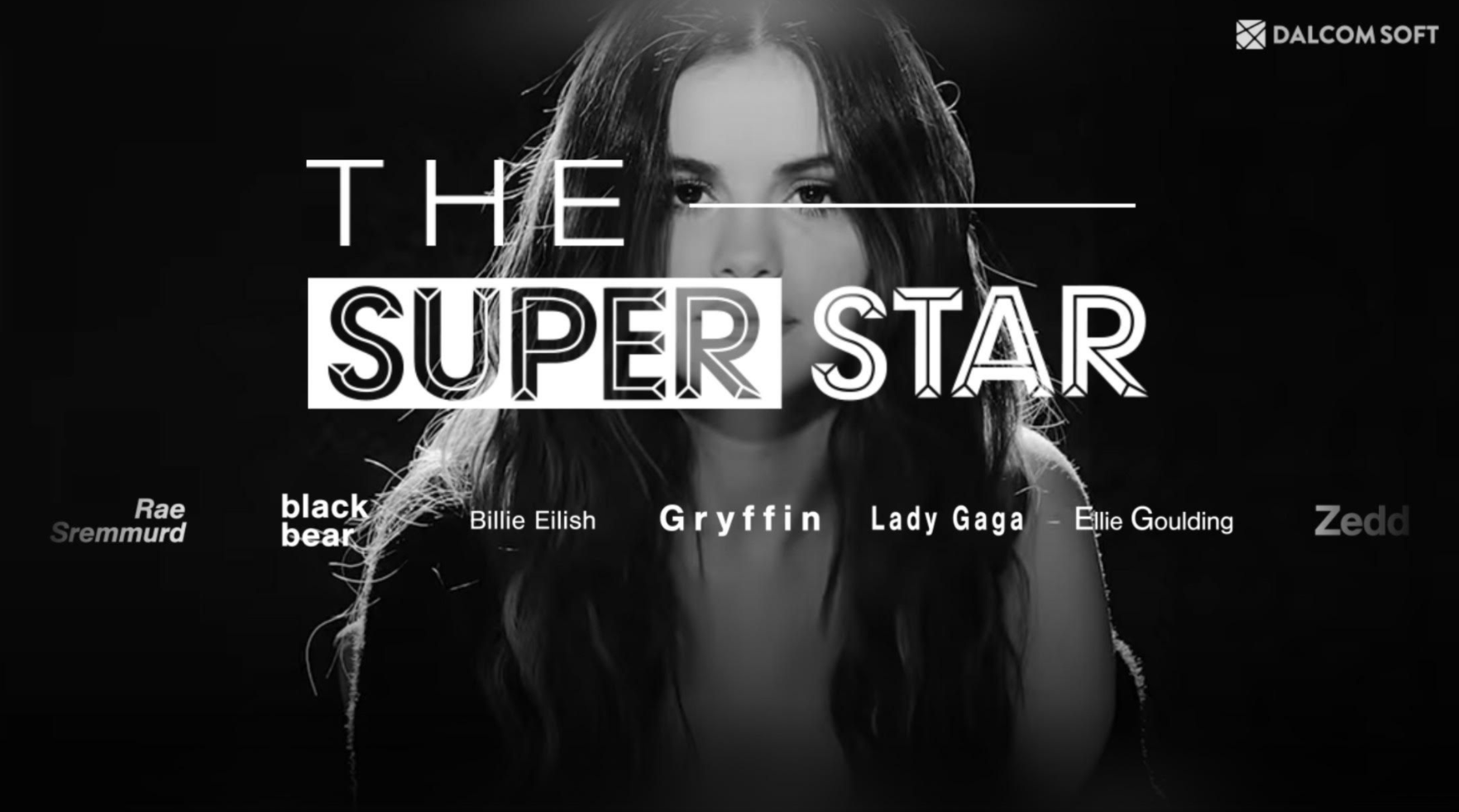 SuperStar Series, the hit sensation and global music gaming app which allows fans to play games that are themed on the latest and hottest chart-topping songs, announced their official launch today in the U.S. with a slew of mainstream artists already live in their American version, The Superstar. Over ten global superstar artists and groups already have their music featured in the app offering fans a unique experiential music connection to enjoy. The Superstar users can now download the app for free on iOS and Google and enjoy playing alongside their favorite top music hits.

With over 63 million downloads globally, The Superstar is excited to finally arrive in the U.S. with artists in the app after their success overseas with a slew of K-Pop artists and their labels such as BTS and more. Artists that are featured in app officially on July 1 are Selena Gomez, Billie Eilish, Lady Gaga, Rae Sremmurd, Zedd, Imagine Dragons, DJ Snake, Gryffin, blackbear and the late Juice WRLD with more A-List artists to be added soon in another announcement. Fans of the artists can now download the app oniOS and Google for free playing alongside their favorite top music hits.

To date, Dalcomsoft’s SuperStar Series has over 63 million downloads worldwide. The app includes existing labels with their artists that are active and within the growing global market having started with some of the major K-Pop labels such as SMTown in 2014 as well as BTS and most recently launching P NATION’s version.  As of today, the SuperStar Series has worked with over 140 artists for the platform, skyrocketing Dalcomsoft’s tremendous success.

The app offers a range of highly engaging rhythm-based action games that are dedicated to specific artists and record labels. The platform is the first to utilize original sound sources from the artists, so players can feel connected within the performance they are playing along with. The behemoth gaming series also incorporates an engaging card collection feature, which allows users to collect, level up and upgrade photo cards with the featured artists in the game.

Head of US Operations for Dalcomsoft US, Inc. which is the company that offers The Superstar, Allen Chung, says, “It became evident that from the past year and a half, when everyone was staying safe at home, it also became the most vital time for fans to really connect with their favorite artists’ music through The Superstar’s unique interactive experience. As part of our global expansion efforts, we're truly thrilled to finally launch our exciting music gaming platform here in the U.S. with some of the biggest names on the charts after our fundamental success from overseas.”

The company is already in talks with major U.S. labels and will be announcing additional notable global artists who will have their music included in the coming months.