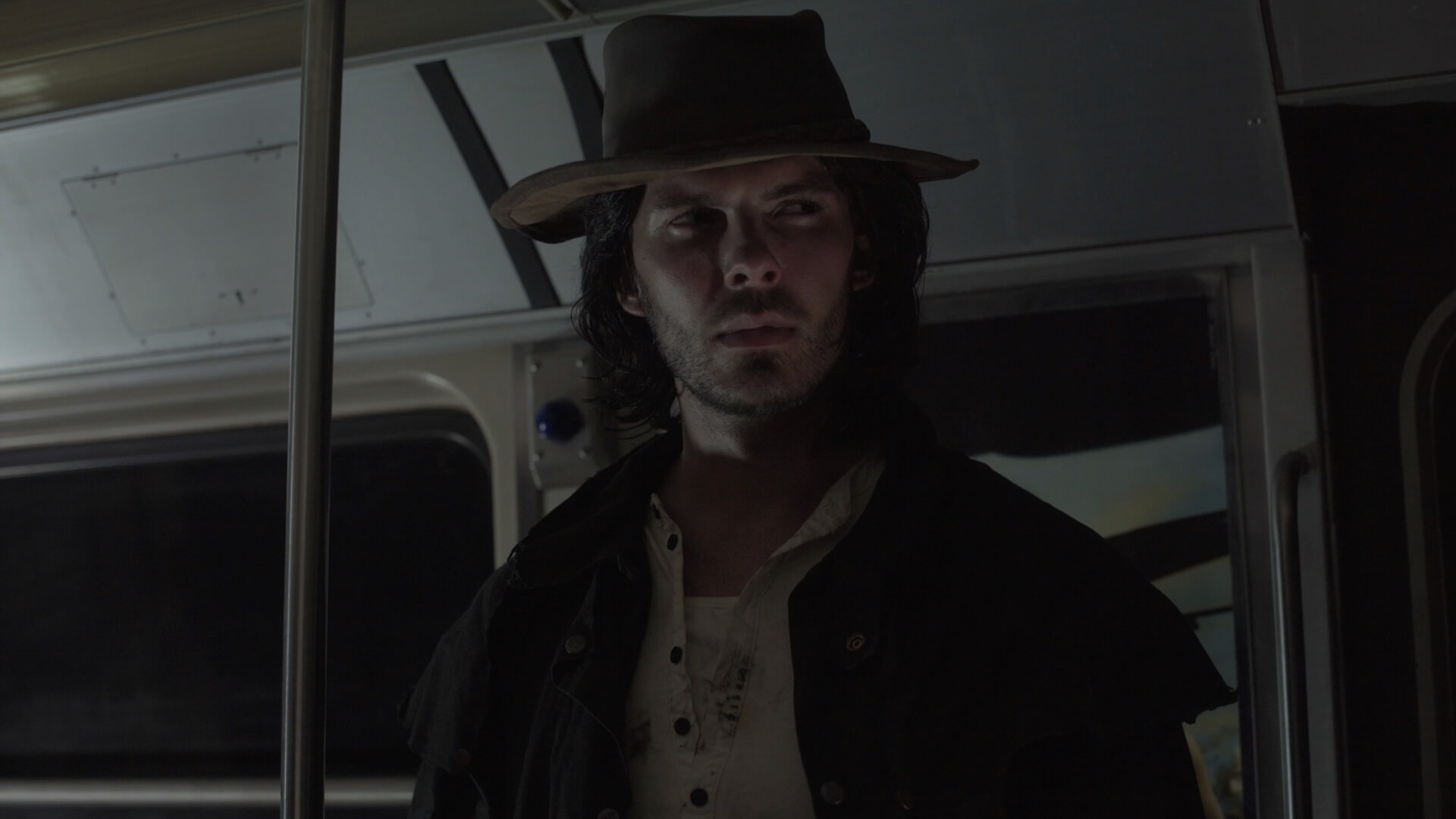 The Ultimate Guilty Pleasure: Six Strangers Trapped on the New York Subway … Except One is a Demon

What do you get when you mix The Exorcist, Clue, Murder on the Orient Express, Constantine and Lost? “The Hunter’s Anthology,” a five-episode mystery and sci-fi thriller that keeps audiences guessing till the very end. Now on Amazon Prime, the series finds six strangers trapped in a New York subway car … except one of them is a demon. It’s up to a supernatural slayer to root out the evil before it’s too late.

"The Hunter's Anthology," filmed over four years, expertly weaves six character-driven stories into the mystery, adding tension and suspense at each turn. Written and directed by Robert Smithline, “The Hunter’s Anthology” features an ensemble cast of actors, led by Taylor August as the “demon hunter” Mac, and Eric Colton, Janna Bossier, Cole Taylor, Olev Aleksander, Kristy Kloetingh and Sara Lopez. It was produced by Arezu “Nicky” Akmal and is being released by UGLY Productions and Smithline Films and distributed by Indie Rights Movies.

“The Hunter’s Anthology is a five-episode supernatural series about a mysterious demon hunter named Mac who traps six strangers inside a subway car,” explains Smithline. “Insisting one of them is evil, he peeks into their souls discovering five eerie, paranormal tales.  It’s then up to him to solve the mystery and destroy the demon amongst them.”

“It’s a big throwback to the kind of shows many of us grew up with,” said Akmal. “’The Hunter’s Anthology is pure escapism -- a five-episode story that engrosses you in mystery, danger and supernatural and takes you away from reality. We’ve all been stuck inside, separated from friends and living under so much uncertainty. This is the perfect remedy.”

Adding layers to the drama are engaging, suspenseful backstories for each of the suspects, from midnight tarot card sessions to an escape from a mental hospital. “The Hunter’s Anthology” seamlessly threads each of characters’ arcs into the central mystery, building tension and danger in each episode. The result is a binge-worthy guilty pleasure totally worth your weekend.

“I’ve always been a big fan of the old ‘The Twilight Zone’ series,” says Smithline. “Each story was always so different, and I liked watching one after another. When writing ‘The Hunter’s Anthology,’ I used that as a frame of reference but added my own twist.”

The writer/ director was insistent ‘The Hunter’s Anthology’ include rich, layered backstories for each character to envelop viewers into the overall mystery.  “I thought it would be cool to have all the stories intersect with Mac, the demon hunter who serves as the central storyteller. We see everyone through his eyes.”

Smithline experiments with genres throughout the “The Hunter’s Anthology,” peppering the drama with doses of humor, suspense and sci-fi. But, at its core, the series is a character-driven drama that defies label.

“This is meant for every audience,” Smithline says. “Mostly it’s about people’s fears (their own demons) and how they choose to face them.  I think that relates to just about everyone.  And a mystery driving at the plot will hopefully keep people interested the whole way through.  I think someone calling it ‘entertaining’ would be a high compliment that covers all the genres you mentioned.”

“I think audiences will have a lot of fun with it,” Smithline continues. “It’s meant to be a fun escape into Mac’s world of the supernatural and demon hunting.  Hopefully they’ll get creeped out, get surprised, maybe laugh a little along the way, and try to guess who the demon is!”