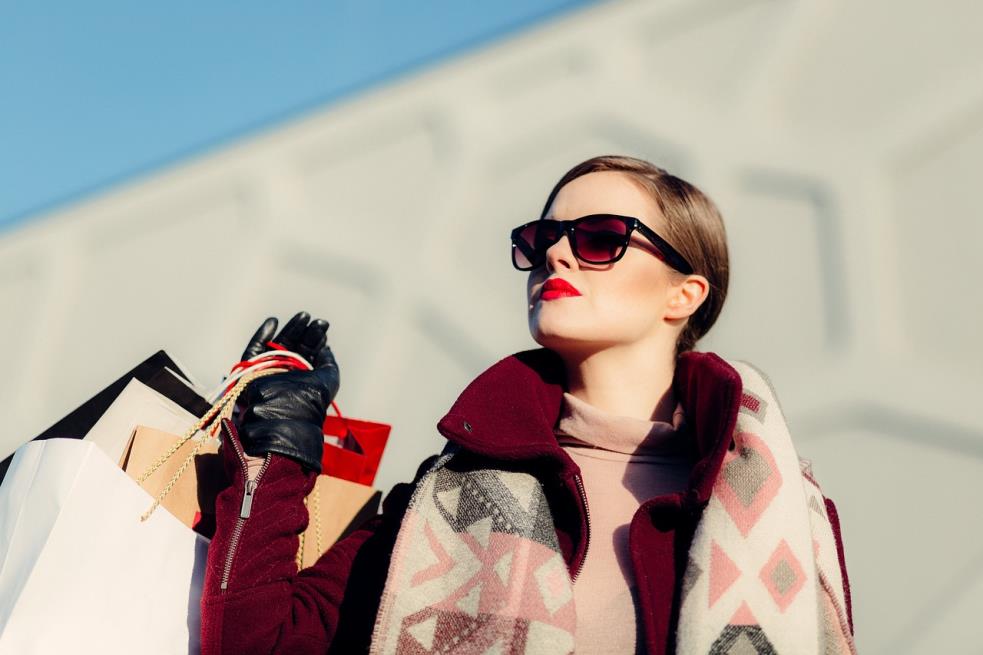 It might surprise you how much your decisions are actually influenced by those who are close to you. Research shows that if your friend stops smoking, your likelihood of smoking goes down by 36%, while if your spouse stops smoking, you’re 67% more likely to stop smoking as well.

Unfortunately, it’s not just positive tendencies that our friends can influence but also negative ones. Research has shown that if one of your friends becomes obese, your chances of becoming obese in a short period of time grows by 57%. Similarly, if one of your adult siblings become obese, the likelihood of you going that route as well increases by 40%.

This kind of negative influence also manifests in other real-life scenarios as well, such as in our shopping decisions.

Shanice was excited to buy the most souped-up iPad Pro as an early birthday gift to herself. She could recall when her friend Jasmine first brought an iPad Pro to their monthly girls night out and how everyone oohed and aahed over the features. Jasmine took videos and photos of the group, and the iPad Pro demonstrated crystal-clear audio and great photo quality.

Not wanting to be left out, Shanice took out over a grand from her savings and bought her own iPad Pro. When it arrived, she excitedly set it up and started playing with it. To her consternation, she realized that while she liked its photo and video features, she wasn’t particularly thrilled with its other offerings, and it also didn’t fit well into her smaller purse. The days passed and she used the gadget less and less.

That’s how Shanice described it to me when I noticed the iPad unused and gathering dust on her coffee table. She told me that her MacBook and iPhone fulfilled all her computing needs after all. The iPad proved useless to her, and she’d only bought it because Jasmine’s influence resulted in her making a bad purchase.

How Others Shape Our Decisions

Even though we think of ourselves as rational beings, cognitive science research has shown that in reality, the rational part of our mind—known as the Intentional System of thinking—is like a little rider on top of a huge elephant of emotions and intuitions, which is the Autopilot System of thinking. These gut reactions determine 80-90% of our decision-making process, and we then create reasons to justify our emotional drivers. In other words, our instinct is not to be rational, but to be rationalizing, to seek comfortable lies instead of the hard truth.

These instincts are rooted in our ancestors’ experience in the ancestral savanna, when they had the evolutionary advantage of relying on these instincts rather than taking a step back to figure out the facts. They did not have plenty of resources at their disposal, and it was even less likely that they could save more. For example, if they were able to amass a lot of berries but couldn’t consume it immediately, these berries would go to waste. This is why we are so compelled to consume as much sugar as we can get our hands on, even though we know that it’s not good for us in the modern world.

In those days, we lived in small tribes and relied on it for survival. Getting kicked out of our tribe meant death. That made a strong tribal instinct critical for our survival. Such tribalism resulted in judgment errors—what scholars call cognitive biases—such as the halo effect. In this cognitive bias, if a person has a characteristic that we like, mostly because that characteristic is similar to an important element of ourselves, we will tend to rate all other aspects of that person higher than we should.

Another aspect of tribalism involves competing with other tribe members to ensure that we are at the top of the tribe’s totem pole because this would mean having access to the best resources of the tribe. This kind of tribal social status competition leads to a dangerous judgment error called social comparison bias, where we feel compelled to compete with and win over tribe members we perceive as having a better standing over us in the group hierarchy.

We are the descendants of those people who survived in the ancestral savanna environment and we still carry the emotions, intuitions, and gut reactions that helped our ancestors survive the savanna environment. However, in our modern society, these instincts often lead to problems.

Our Autopilot System reactions are helpful when those in our social circle do things that benefit us, such as quitting smoking, because we then have a halo effect around not buying cigarettes to emulate the quitters.

Unfortunately, the same system can be harmful when those in our social circle develop unhealthy habits, such as consuming too much junk food and becoming obese. The actions of those tribe members give us permission to do the same thing, because obesity-centered negative feelings—emotions that drive us to go to the gym and buy healthy food only—get weakened. In the end, the primitive urge to eat as much sugar as we can overpowers our civilized desire to maintain our health.

The same influence applies to shopping decisions, such as when Shanice wasted her money on the iPad Pro. She emulated the actions of those she considered part of her tribe – in this case, her group of girlfriends. However, she did not consider whether purchasing the gadget would serve her personal preferences and needs.

Keeping up with the Joneses

You’ve probably heard the phrase “keeping up with the Joneses”, which refers to our desire to maintain a standard of living comparable to those around us, such as our neighbors, who we consider to be on the same social level. Popularized by an early 20th century comic strip called “Keeping up with the Joneses,” this idiom points to a crucial aspect of our tribal shopping behavior.

Our instincts propel us to elevate our social status, and the social comparison bias in particular drives us to try to compete with others in our tribal group through our shopping.

This status-driven shopping is called by scholars as “conspicuous consumption”. It refers to buying products not primarily for its practical use, but for the prestige it will bring the buyer.

There is an inherently higher degree of risk in online shopping compared with in-person shopping, given that you can’t actually see and touch the product you’re about to purchase in the former. Virtual communities, along with other online resources that compare and review products, provide trustworthy, third-party sources of information on the quality of online shopping experiences. According to research, such information has to be seen as credible. The halo effect for members of one’s perceived tribe boosts that credibility.

Fortunately, recent research in cognitive neuroscience and behavioral economics shows how you can use pragmatic strategies to address cognitive biases, whether in your professional life, your relationships, or other life areas.

So how can you avoid the kind of bad shopping decisions made by Shanice or by people in your circle who eat junk food and grow obese? Get better friends!

Being aware of how your choices are influenced by those around you should propel you to be more intentional about the company you keep. Make new friends who are not like you, but who are like the person you want to become in the future. If you want to have a better fashion sense, make friends with someone whose fashion style you like. If you want to be more mindful of your spending and make better shopping decisions, consider being friends with those who are more practical in their spending and purchases.

In addition, consider spending less time with the “wrong crowd”. If you want to save your money but your friends want to spend their time on shopping sprees at the mall, it’s only practical not to meet with them frequently. In some cases, this might even lead to ending relationships. For example, if you would rather avoid alcohol but your friends like hanging out in bars, you should consider making new friends.

Lastly, keep an eye on new fads that sweep through your friends and influence you to make bad shopping choices. Make a commitment not to buy things for its status value. Instead, focus on making shopping decisions that actually meet your existing needs.

The people close to you influence your spending choices more than you think. To make wiser shopping decisions, be aware of how your choices are influenced and commit to only purchasing things for their practical value.---> Click to tweet

Questions to Consider  (please share your thoughts in the comments section)

Adapted version of an article originally published in Top10.com

Bio: Dr. Gleb Tsipursky is an internationally-recognized thought leader on a mission to protect leaders from dangerous judgment errors known as cognitive biases by developing the most effective decision-making strategies. A best-selling author, he is best known for Never Go With Your Gut: How Pioneering Leaders Make the Best Decisions and Avoid Business Disasters (Career Press, 2019), The Blindspots Between Us: How to Overcome Unconscious Cognitive Bias and Build Better Relationships (New Harbinger, 2020), and Resilience: Adapt and Plan for the New Abnormal of the COVID-19 Coronavirus Pandemic (Changemakers Books, 2020). He has over 550 articles and 450 interviews in Inc. Magazine, Entrepreneur, CBS News, Time, Business Insider, Government Executive, The Chronicle of Philanthropy, Fast Company, and elsewhere. His expertise comes from over 20 years of consulting, coaching, and speaking and training as the CEO of Disaster Avoidance Experts, and over 15 years in academia as a behavioral economist and cognitive neuroscientist. Contact him at Gleb[at]DisasterAvoidanceExperts[dot]com, Twitter @gleb_tsipursky, Instagram @dr_gleb_tsipursky, LinkedIn, and register for his free Wise Decision Maker Course.