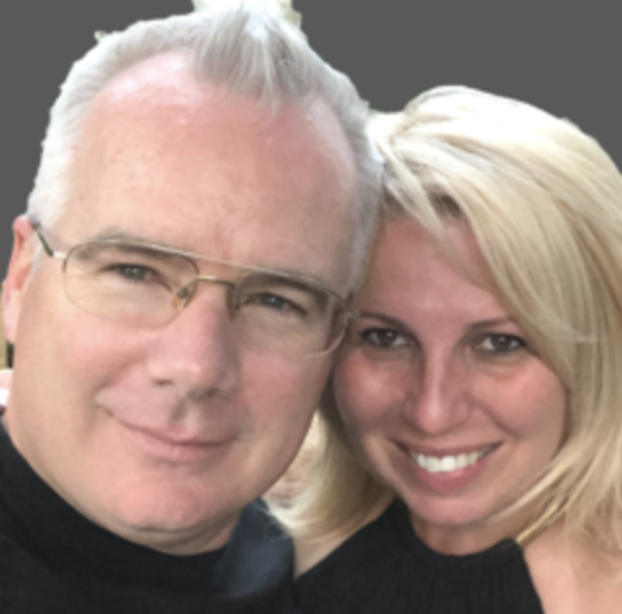 Documenting the journey of 16 Georgetown undergraduates as they reinvestigate four wrongful conviction cases, Making An Exoneree showcases the students' resilience and hard work as they battle the legal system in an attempt to free 4 prisoners: Valentino Dixon, John Moss III, Timothy Wright and Kenneth Bond who they believe have been wrongfully incarcerated. Led by Marc Howard an energetic professor and Marty Tankleff, an exoneree turned lawyer motivated by reforming the judicial process, the documentary reinvestigates the cases in depth as they fight to prove their innocence. As they interview new witnesses, revisit crime scenes and connect with key figures in the cases, they find themselves immersed in the fragility of innocence over truth and experience the wins and losses of our prison system.

What inspired you to enter into the world of film?

Cindy: I was inspired as a kid by the movies of the early 80’s and late 70’s when I realized that the stories I was writing on paper could be transferred to film I was mesmerized! I was Star Wars  and ET obsessed and honestly wanted to be the female version of George Lucas or Steven Spielberg!

ROB: What inspired me was watching films with my dad growing up and learning about how they are made and who made them.  Some of my favorites were Empire of the Sun, Gunga Din, The Godfather, Jaws and Dances with Wolves.

How did the filming and production of Making An Exoneree differ from your past endeavors?

CINDY: Making an Exoneree was different from all the other docs and tv shows that I have produced and directed because it is a true independent film as we financed it ourselves. In the past when we would sell a project we would go to the networks or the film financiers with an idea and go from there but since there was no time to go the conventional route we had to just dive in and use our own resources which was both stressful and liberating.

ROB: We financed this independently and we chose to take a risk in believing in this project because we had no idea from the beginning that we would be able to get someone out of prison so it was a very big risk.

What were the challenges of making this film?

ROB:  The biggest challenge of making this film was the fact that it was only a three person crew, Cindy, myself and another cameraman. We also did not know what we were going to capture in a semester, would the students be able to get traction on any of these cases? Would we be able to get someone out of prison in this short amount of time? These were all very daunting questions from our perspective because there are so many wrongful conviction documentaries that don’t go anywhere.

CINDY: We filmed seven days a week for a five month period and did not take any other jobs, we were investing our money into this project and didn’t have a clue what was going to happen so it was a little nerve wracking!  Rob and I work together on most of the projects that we do so we are lucky that we have a short hand with one another but it would have been nice to have the cameras and time to light shots like we would on bigger budget shows but we had to work with what we have which is part of the job.

What, in your opinion, is the most important quality of a film director?

ROB: The most important quality is vision on how to tell your story visually with the appropriate shots to transport the viewer into the world that they are trying to reveal.

CINDY: I have to agree with Rob being a storyteller is first and foremost for me, being a film director is being a visual storyteller who gives the viewer and emotional experience that makes them feel something. Honestly, if I don’t get goosebumps after watching the shot on the monitor then I need to re light it or switch something around because for me it is a visceral experience.

What are the toughest aspects of making a documentary film today?

CINDY: Money is always an issue but I do believe that the market has opened up a lot to documentary film- more than it ever has been and that there is a renaissance in the doc film world that is emerging as more and more people have access to cameras and can create content on their phones.  I do agree with Rob that access is paramount but we don’t take no for an answer so I would say persistence is key.

What were your goals when making the Making An Exoneree film?

The goal was to hopefully highlight and expose how broken the American criminal justice system can be towards people of color, low income and specifically young men.  Because Cindy had gone to high school with professor Marty Tankleff who was wrongfully convicted of murdering his parents, she always wanted to expose the injustices in the system and this was our goal with this film. We  also wanted to create a film that could make a difference in not only the lives of our viewers but the lives of the people we were documenting and I think we accomplished our goal.

What was the most important lesson you had to learn that has had a positive effect on your film? How did that lesson happen?

One of the things we learned working on this film is that you must be patient to allow stories to develop and that you have to take risks to put yourself in the right place at the right time when a piece of history reveals itself.

What was your first job in film and how did you progress to producer?

CINDY: My first job in film was when I was a freshman in college and I followed a documentary director around in San Francisco while she was trying to crack a missing person’s case.  I worked as an intern at every news station ABC, NBC and CBS, I took PA jobs on feature films, I was an extra in feature films, I did everything I just wanted to learn everything. In graduate school, they handed me a camera and said go: I wrote, directed and produced five short films. When I finally moved to LA after graduate school, my first job was as a story editor. I was involved in developing feature films for major studios (Sony and 20th Century Fox mostly) that were taking forever to make, I even sold a script to a major studio that never saw the light of day for a number of reasons and that’s when I got tired of waiting. I decided to move over to a weekly show, my first job in television was on a show called Backstory for AMC.  Ironically, the show was about the behind the scenes of academy award winning films that almost did not get made! Again the lesson was PERSISTENCE- you want to make movies be prepared to commit to it for the rest of your life. Even if you are lucky enough to get your film made right out of school or before, it will be a roller coaster ride I promise you that.  I was promoted to producer pretty quickly on that show- I went on to do other non-fiction doc shows and then moved to Europe where I produced feature length documentaries. ROB’s first job in film was as a production assistant on a documentary film on Pavarotti! After many years of working on documentary television shows, working my way up the ranks from production assistant to associate producer to director to finally executive producer- I really did work my way through all the jobs out there.

The Covid-19 crisis has disrupted the global film industry. What are the challenges and opportunities for the industry beyond the pandemic?

The pandemic taught us that we have to adapt and figure out ways to make films or television shows through a different lens. We were able to shoot an entire series remotely during the pandemic- although it was not ideal and very frustrating at times it can be done.  There are a lot of opportunities to fine tune the system and structures by which we produce television or film in a post pandemic world.

What advice would you like to give to aspiring filmmakers?

Be persistent, do not let anyone tell you that you can’t do it, focus on the work, dig deep into your soul for the creative juice that you will need to take you through the tough times and enjoy the ride because we are very lucky to make a living doing something we love to do!