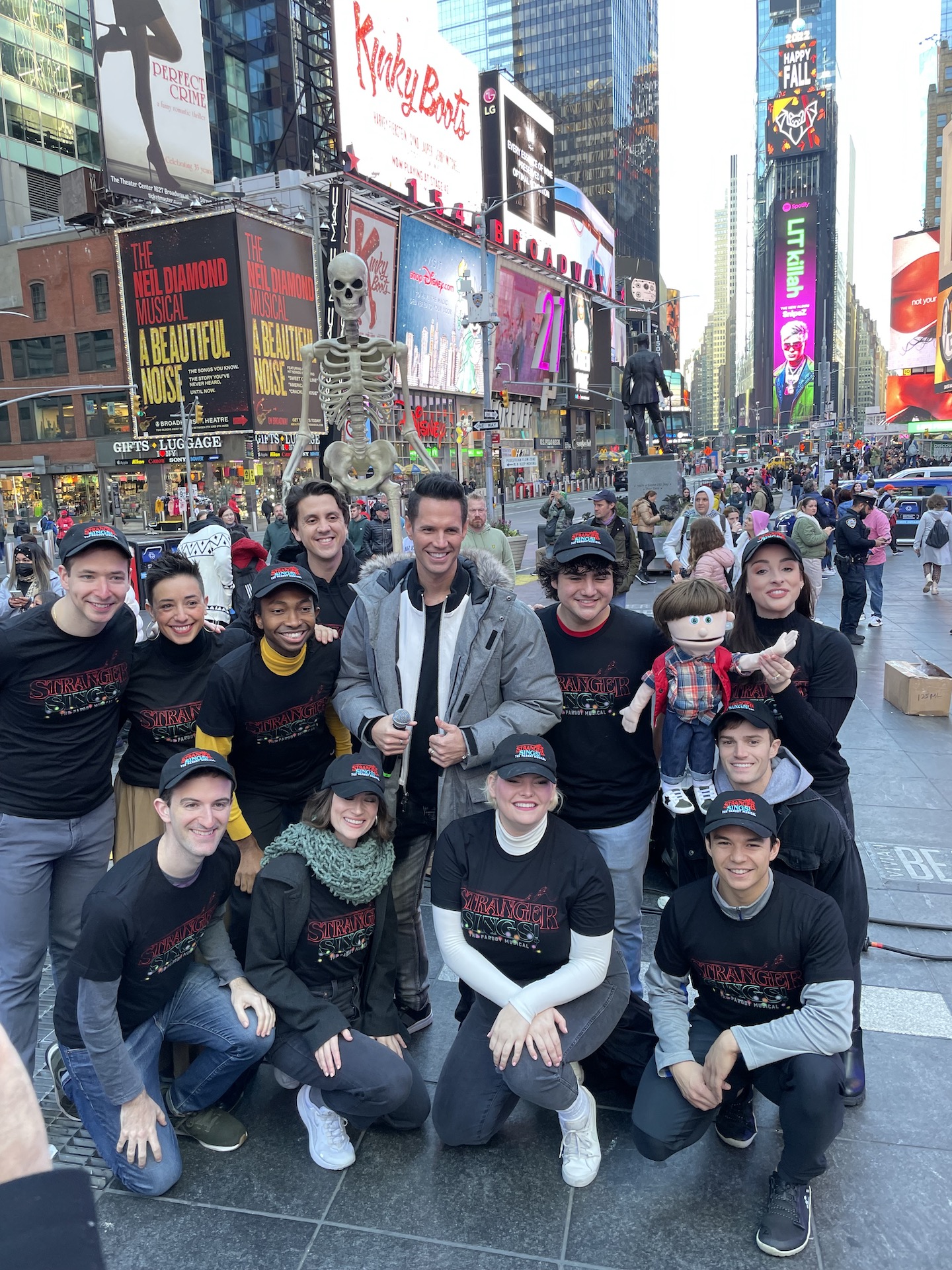 Wonderama TV, the Times Square Alliance and One Times Square added some meaning to Halloweening during the “Biggest Halloween Parade in History II” that took place in New York City’s Times Square on October 30th, 2022 in celebration of Trick-or-Treat for UNICEF. As the only Halloween parade that showed families in costume on 10-story screens on One Times Square and around the world, this incredible celebration encouraged audiences in New York, the United States, and abroad to contribute to a greater good this year.

As the longest-running youth engagement activity in the U.S., Trick-or-Treat for UNICEF has raised more than $195 million for children around the world. This year, by modernizing the campaign for an increasingly digital world, UNICEF encouraged people of all ages to make a difference and support communities around the world by raising funds.

Jazz at Lincoln Center Jazz Academy’s “Second Line Band” kicked off the festivities New Orleans style. In addition, the parade included live performances by an amazing line up of celebrities including: David Osmond (Host of Wonderama for seven years running), Kanisha Marie Feliciano from Broadway show Phantom of the Opera, the cast of the off-Broadway show Stranger Sings, Kelvin Dukes and Sophia Angelica.

Wonderama’s “Biggest Halloween Parade in History II” was covered on national broadcast television, social media, national print and was seen around the world via a live stream broadcast to honor Trick-or-Treat for UNICEF.

In addition to the parade in Times Square, communities all over the U.S have been activating in support for Trick-or-Trick for UNICEF. From putting QR codes on Trick or Treat bags, to Trunk or Treat parties, to watch parties for the live stream, the campaign has emphasized the importance of giving back.

Trunk or Treat is a tradition held in many small-town communities, providing a safer environment for trick-or-treaters on Halloween. Many places such as churches and small community organizations, such as the Grange, hold trunk or treat events as an alternative or in addition to the traditional door to door trick or treating.  Adults come together in a central location and decorate the trunks of their cars as kids dressed in their costumes go from car to car ‘trunk or treating.’

It’s not too late to add some meaning to your Halloweening this year. Learn more at https://www.unicefusa.org/trick-or-treat

Wonderama is a cross-platform media and entertainment lifestyle program that marries positive social impact with good TV. Building upon the legacy of the iconic “Wonderama” kids variety show that aired on U.S. television for over four decades, the show creates original and “curated” content to entertain, educate and inspire kids and families in an expanding market. Wonderama’s core mission is to encourage kids to aspire to their dreams, with the greatest respect to the audience. The new Wonderama is now in production of its seventh full season of original programming.

About The Times Square Alliance

The Times Square Alliance works to improve and promote Times Square - cultivating the creativity, energy and edge that have made the area an icon of entertainment, culture, and urban life for over a century. Founded in 1992, the Alliance keeps the neighborhood clean and safe, promotes local businesses, manages area improvements and produces major annual events with partners including New Year's Eve, Solstice in Times Square and Taste of Times Square. As the custodians of Times Square, the Alliance works every day to improve the quality of life for the neighborhood residents and businesses while driving economic growth in New York City  https://www.TSQ.org

About One Times Square

One Times Square is a globally recognized landmark located in the heart of Times Square, broadcasting monumental moments within the world’s history, and has served as the home of the iconic New Year’s Eve Ball Drop Celebration since 1907. With a daily pedestrian count of 130 million in a typical year, and billions of earned impressions from film, TV, the building’s digital signage, and social media, the 26-story property is one of the most visible and recognizable locations in the world, offering brands a global stage to engage with their audience.

In April of 2022, Jamestown, owner of One Times Square, launched a $500 million redevelopment of the property which will open the building to the public for the first time in decades through the creation of a modern-day visitor center, new viewing deck, and an integrated AR-VR brand experience upon completion.

Designed by Cyrus L. W. Eidlitz and originally built in 1904 to serve as the headquarters of The New York Times, One Time Square is one of only two stand-alone buildings in the neighborhood offering clear, unobstructed sightlines from all points within the Times Square “bowtie,” an area which encompasses Broadway and Seventh Avenues from 43rd Street to 47th Street. https://onetimessquare.com/

The United Nations Children’s Fund (UNICEF) works in more than 190 countries and territories to pursue a more equitable world for every child. UNICEF has helped save more children’s lives than any other humanitarian organization, by providing health care and immunizations, safe water and sanitation, nutrition, education, emergency relief and more.

UNICEF USA advances the global mission of UNICEF by rallying the American public to support the world’s most vulnerable children. Together, we are working toward a world that upholds the rights of all children and helps every child thrive. For more information, visit https://www.unicefusa.org 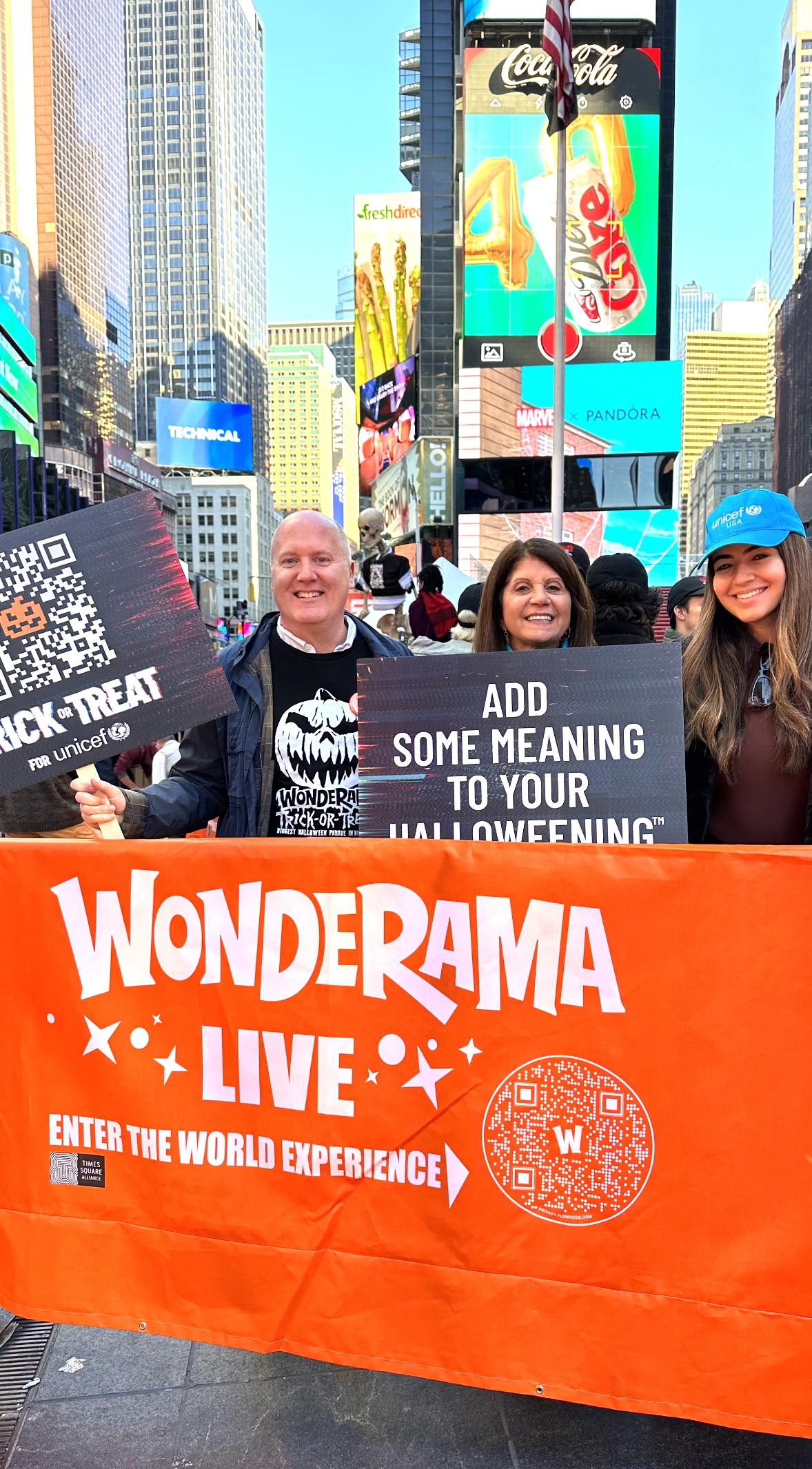 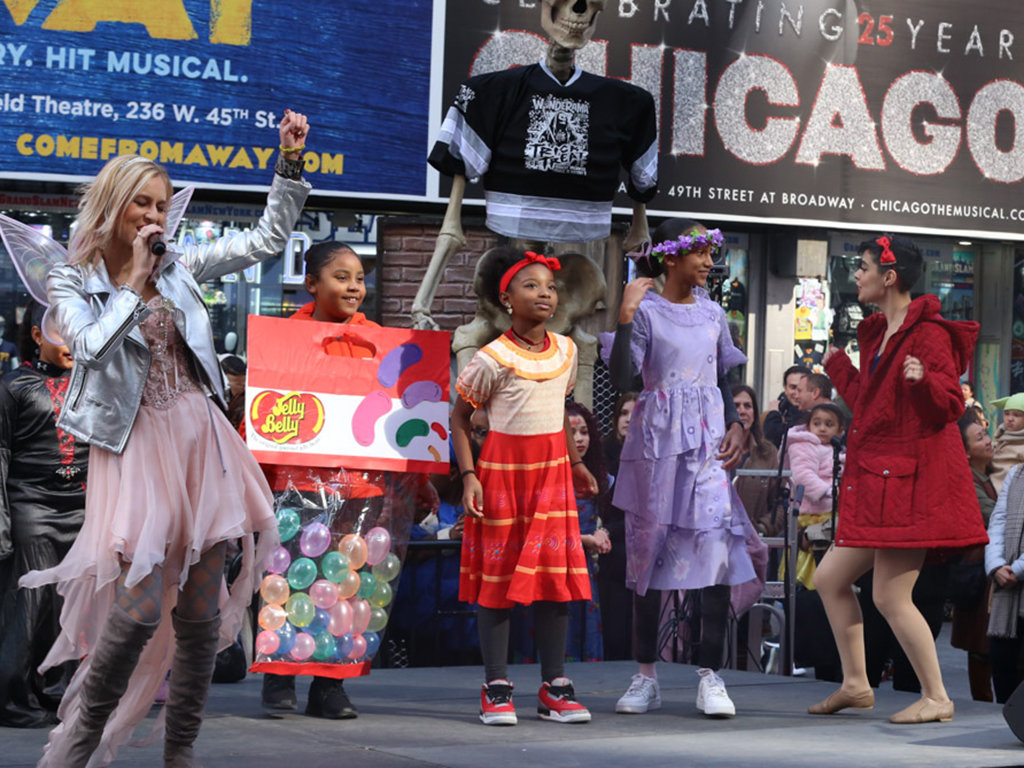 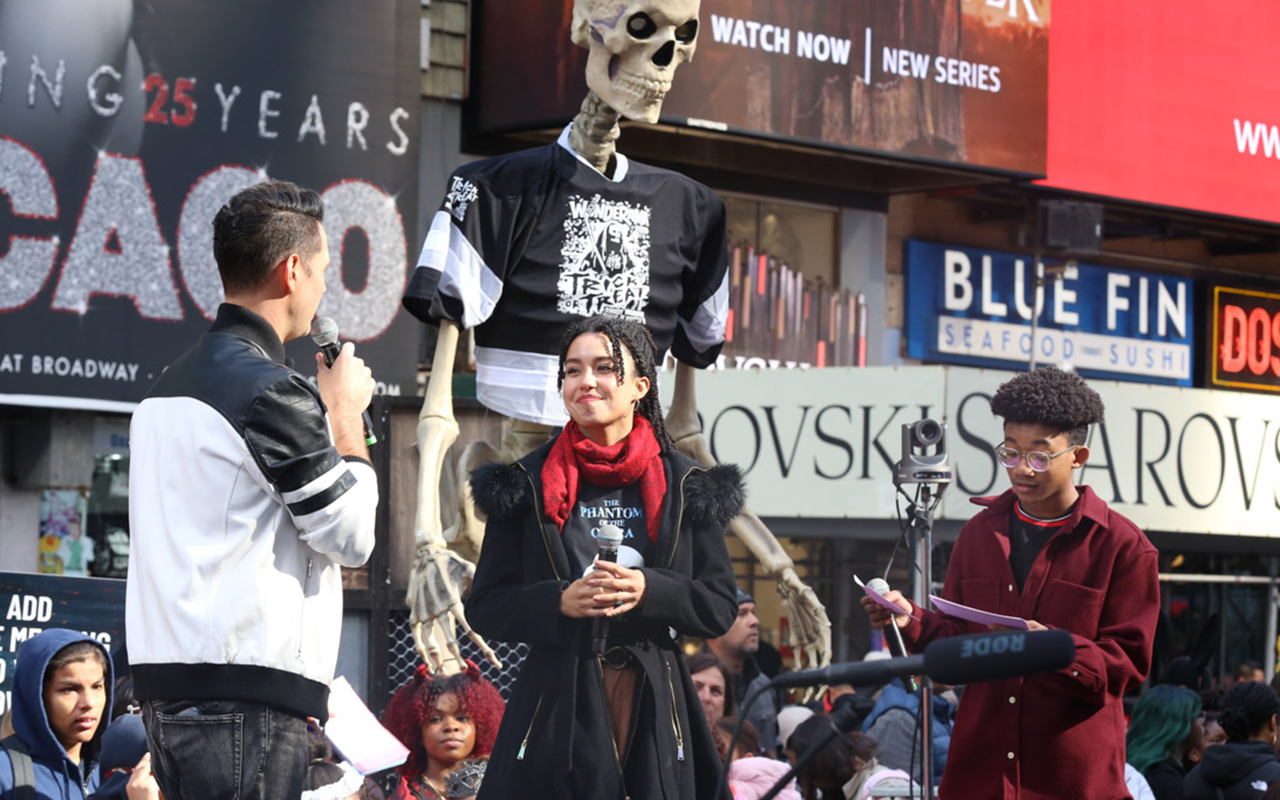 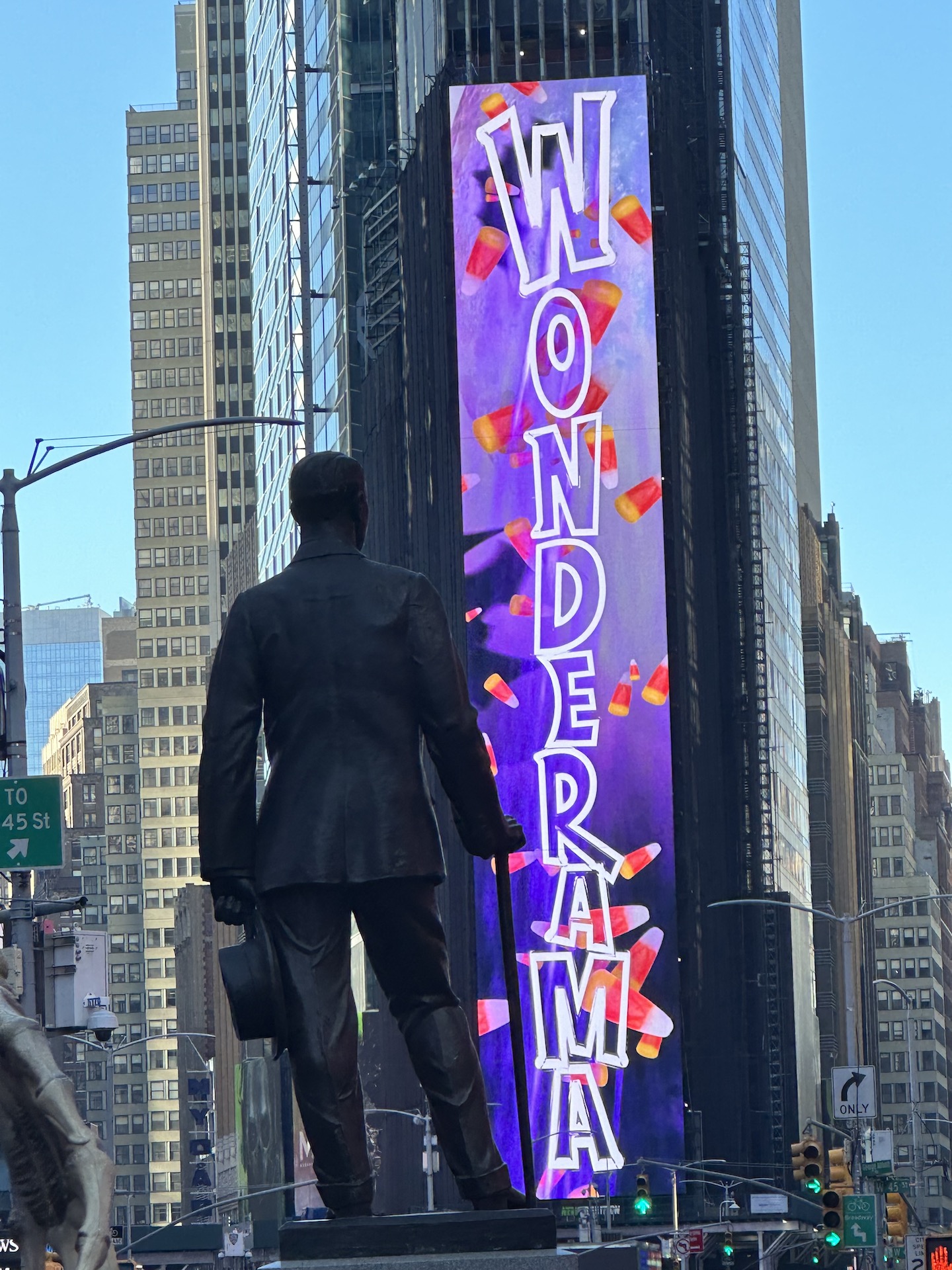