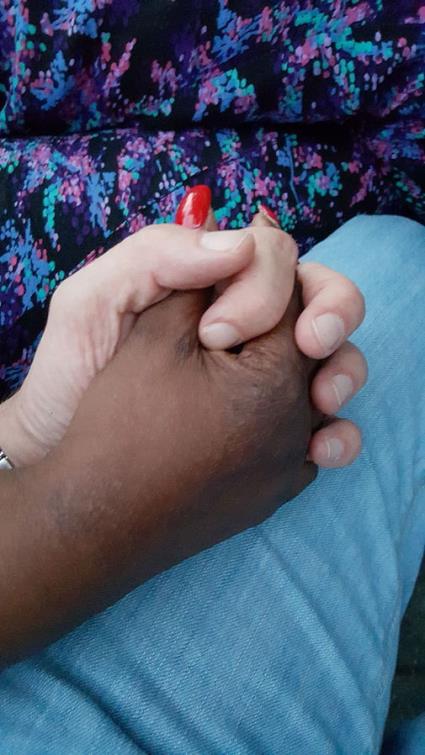 How do you defeat unconscious bias? First, you need to know what it is.

Unconscious bias (also known as implicit bias) refers to unconscious forms of discrimination and stereotyping based on race, gender, sexuality, ethnicity, ability, age, and so on. It differs from cognitive bias, which is a predictable pattern of mental errors that result in us misperceiving reality and, as a result, deviating away from the most likely way of reaching our goals.

In other words, from the perspective of what is best for us as individuals, falling for a cognitive bias always harms us by lowering our probability of getting what we want. Despite cognitive biases sometimes leading to discriminatory thinking and feeling patterns, these are two separate and distinct concepts.

Cognitive biases are common across humankind and relate to the particular wiring of our brains, while unconscious bias relates to perceptions between different groups and are specific for the society in which we live. For example, I bet you don’t care or even think about whether someone is a noble or a commoner, yet that distinction was fundamentally important a few centuries ago across Europe. To take another example – a geographic instead of one across time – most people in the US don’t have strong feelings about Sunni vs. Shiite Muslims, yet this distinction is incredibly meaningful in many parts of the world.

Organizations often bring me in as a speaker on diversity and inclusion to address potential unconscious discriminatory behavior. When I share in speeches that black Americans suffer from police harassment and violence at a much higher rate than white people, some participants (usually white) occasionally try to defend the police by claiming that black people are more violent and likely to break the law than whites. They thus attribute police harassment to the internal characteristics of black people (implying that it is deserved), not to the external context of police behavior.

In reality – as I point out in my response to these folks – research shows that black people are harassed and harmed by police at a much higher rate for the same kind of activity. A white person walking by a cop, for example, is statistically much less likely to be stopped and frisked than a black one. At the other end of things, a white person resisting arrest is much less likely to be violently beaten than a black one. In other words, statistics show that the higher rate of harassment and violence against black Americans by police is due to the prejudice of the police officers, at least to a large extent.

However, I am careful to clarify that this discrimination is not necessarily intentional. Sometimes, it indeed is deliberate, with white police officers consciously believing that black Americans deserve much more scrutiny than whites. At other times, the discriminatory behavior results from unconscious, implicit thought processes that the police officer would not consciously endorse.

Interestingly, research shows that many black police officers have an unconscious prejudice against other black people, perceiving them in a more negative light than white people when evaluating potential suspects. This unconscious bias carried by many - not all - black police officers helps show that such prejudices come – at least to a significant extent – from internal cultures within police departments, rather than pre-existing racist attitudes before someone joins a police department.

Such cultures are perpetuated by internal norms, policies, and training procedures, and any police department wishing to address unconscious bias needs to address internal culture first and foremost, rather than attributing racism to individual officers. In other words, instead of saying it’s a few bad apples in a barrel of overall good ones, the key is recognizing that implicit bias is a systemic issue, and the structure and joints of the barrel needs to be fixed.

The crucial thing to highlight is that there is no shame or blame in implicit bias, as it’s not stemming from any fault in the individual. This no-shame approach decreases the fight, freeze, or flight defensive response among reluctant audiences, helping them hear and accept the issue.

With these additional statistics and discussion of implicit bias, the issue is generally settled. Still, from their subsequent behavior it’s clear that some of these audience members don’t immediately internalize this evidence. It’s much more comforting for them to feel that police officers are right and anyone targeted by police deserves it; in turn, they are highly reluctant to accept the need to focus more efforts and energy on protecting black Americans from police violence, due to the structural challenges facing these groups.

The issue of unconscious bias doesn’t match their intuitions and thus they reject this concept, despite extensive and strong evidence for its pervasive role in policing. It takes a series of subsequent follow-up conversations and interventions to move the needle. A single training is almost never sufficient, both in my experience and according to research.

This example of how to fight unconscious bias illustrates broader patterns you need to follow to address such problems in order to address unconscious bias to make the best people decisions. After all, our gut reactions lead us to make poor judgment choices, when we simply follow our intuitions.

1) Instead, you need to start by learning about the kind of problems that result from unconscious bias yourself, so that you know what you’re trying to address.

2) Then, you need to convey to people who you want to influence, such as your employees or any other group or even yourself, that there should be no shame or guilt in acknowledging our instincts.

3) Next, you need to convey the dangers associated with following their intuitions, to build up an emotional investment into changing behaviors.

4) Then, you need to convey the right mental habits that will help them make the best choices.

Remember, a one-time training is insufficient for doing so. It takes a long-term commitment and constant discipline and efforts to overcome unconscious bias.

To address unconscious bias requires understanding what it is and where and how you might fall into it. Just as importantly, it requires developing a series of healthy mental habits that prevent you from falling for unconscious bias.---> Click to tweet

Questions to Consider (please share your thoughts in the comments section)

Bio: An internationally-recognized thought leader known as the Disaster Avoidance Expert, Dr. Gleb Tsipursky is on a mission to protect leaders from dangerous judgment errors known as cognitive biases by developing the most effective decision-making strategies. A best-selling author, he is best known for Never Go With Your Gut: How Pioneering Leaders Make the Best Decisions and Avoid Business Disasters (Career Press, 2019), The Blindspots Between Us: How to Overcome Unconscious Cognitive Bias and Build Better Relationships (New Harbinger, 2020), and Resilience: Adapt and Plan for the New Abnormal of the COVID-19 Coronavirus Pandemic (Changemakers Books, 2020). He published over 550 articles and gave more than 450 interviews to prominent venues such as Inc. Magazine, Entrepreneur, CBS News, Time, Business Insider, Government Executive, The Chronicle of Philanthropy, Fast Company, and elsewhere. His expertise comes from over 20 years of consulting, coaching, and speaking and training as the CEO of Disaster Avoidance Experts. It also stems from over 15 years in academia as a behavioral economist and cognitive neuroscientist. Contact him at Gleb[at]DisasterAvoidanceExperts[dot]com, Twitter @gleb_tsipursky, Instagram @dr_gleb_tsipursky, LinkedIn, and register for his free Wise Decision Maker Course.