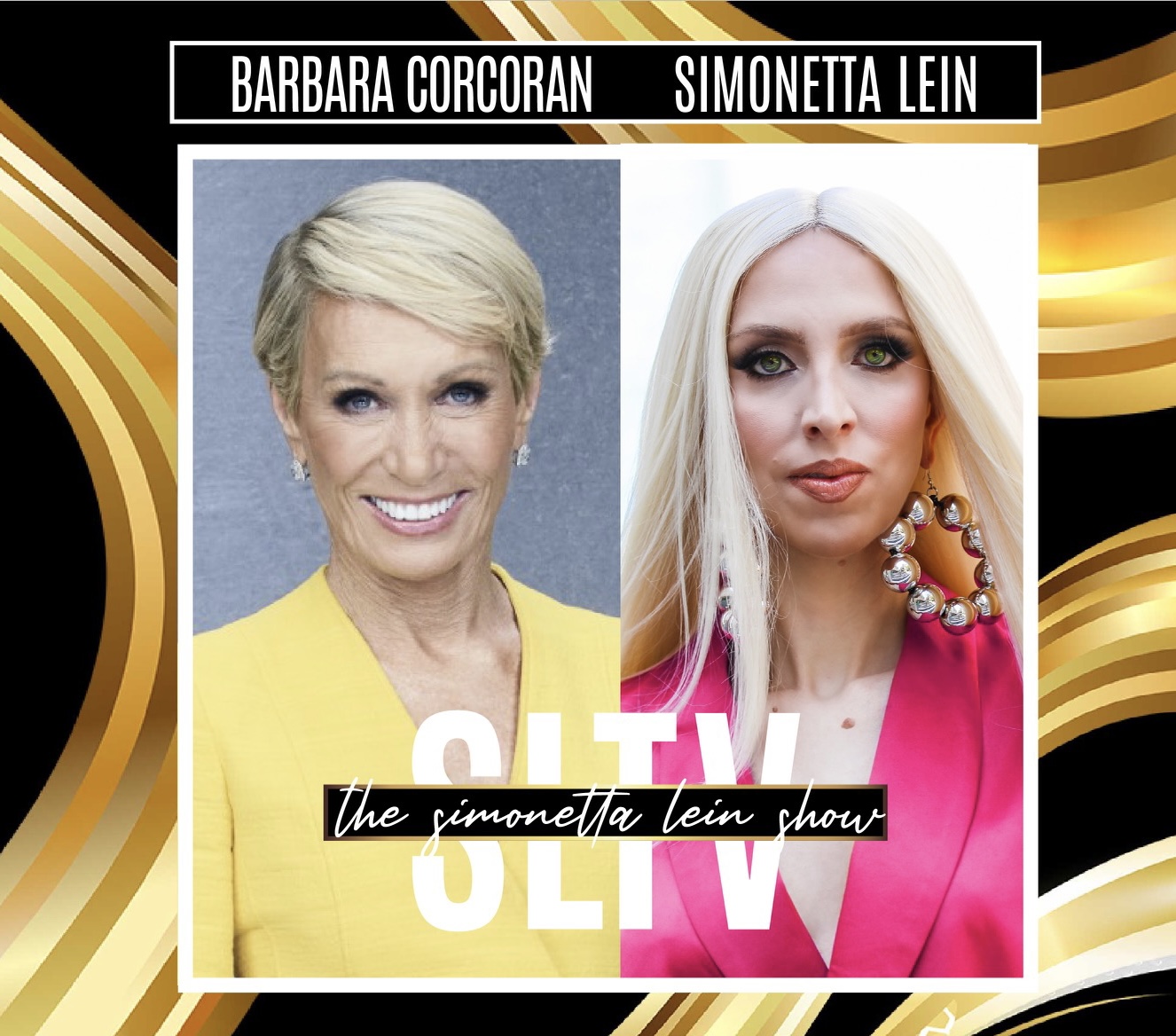 As #TheSimonettaLeinShow continues its 5th season, the show welcomes the legendary “Shark Tank” Tycoon, Barbara Corcoran! Corcoran has been a Shark for the past thirteen seasons on ABC’s Shark Tank, investing in over 80 businesses, continuing her unstoppable empire. Barbara’s rags to riches story begins with nothing other than straight D’s in high school and 20 jobs by age 23. After borrowing $1,000 and quitting her job as a waitress, she founded The Corcoran Group, a real estate company in New York City. Over the next 25 years, Barbara turned that $1,000 loan into a $5 billion-dollar business and created the largest and best-known brand in the industry. Today, Barbara is a best-selling author and host of the top podcast “Business Unusual with Barbara Corcoran.” She also contributes much of her time as a motivational speaker and frequent small business and real estate contributor! Barbara joined The Simonetta Lein Show to discuss the steps she took to create her enormous success, what really goes into investing as a Shark, and what it took to become a woman business leader in a male run industry. Tune in!

Simonetta’s prominent profile on Instagram has earned her more than 13.8 million followers, and she continues to grow her following by demonstrating her commitment to making a difference in her adopted city of Philadelphia and all around the world.

Thank you to the beautifully dedicated SLTV Team!