The film is now available for free public viewing through March 28, 2021. The week of post-premiere festivities will also include daily Instagram Live events with artist and collaborator Q&As, interviews, live rehearsals, and more. All events are free and open to the public, with donations encouraged. Patrons can also text the code

Part One: Solitude – Taylor Ennen plays Spenser, who is slowly unraveling in the stillness of her family home.

Part Two: In-Memoriam – AJ Guevara plays Ivan, who just lost his grandmother to the pandemic - she died alone, and now he grieves alone - in a lonely ritual, he tries to summon her spirit.

Part Three: Meltdown – Alex Tenreiro Theis plays Dani, a young attorney who lost her job because of COVID-19 and is on the brink of a mental breakdown.

Part Four: Manhunt –Chris Bell plays "Him," who is tired of feeling trapped home alone and searches for sexual encounters to fill the void during the height of the lockdown.

"Each dancer recorded themselves, so I have enjoyed getting to know each dancer through the unique movements and angles they chose," said film editor Benny Krown.

Uncharted Territory is for everyone affected by the chain-reactions caused in 2020, especially New Yorkers. The dance film is a cathartic reenactment and time capsule for the period of tension and uncertainty when the global pandemic forced the company to connect in different ways. ETD is particularly interested in involving those who felt the sting of stress, fears, restrictions, and isolation, more specifically essential workers, youth, elderly, people with disabilities, and others who did not receive the support they needed. ETD intends to offer a sense of understanding with inspiration and upliftment.

"My husband was one of the first to suffer a COVID-19 infection for three excruciating weeks in March," said Daniel Tobias, composer. "He survived, but it scared me to death. When Eryc Taylor asked me to compose music for Uncharted Territory, there was already a tsunami of emotions heading his way. Each dancer's story helped me process this tragic epic global pandemic, and I hope the music helped them as well."

Uncharted Territory was born from the need to connect when circumstances have forced dancers apart. Artistic Director Eryc Taylor created an intricate Movement and Expression Chart – upon which the performances and film are based. It randomizes movements, dynamics, and emotions to generate choreography sequence through chance.

During summer 2021, there will be several days of live, outdoor performances of Uncharted Territory and masterclasses hosted by the dancers, utilizing Eryc Taylor's Movement and Expression Chart. Two will be open to the general public, and three dedicated to youths, seniors, and differently-abled persons. These workshops will be priced on a sliding scale of $5-25 to ensure accessibility and part of the Company's ETD Outreach Program.

This project is made possible in part by a Coronavirus Dance Relief Fund grant from Dance/NYC and the Marta Heflin Foundation's generous support.

Eryc Taylor is the Artistic Director of internationally recognized nonprofit dance company Eryc Taylor Dance and its social impact division, ETD Outreach. Taylor holds an MFA in Dance from NYU Tisch. Taylor is a Performer, Director, Producer, Curator, and CEO. He’s been invited to instruct, perform, or speak at Google, Goldman Sachs, Merrill Lynch, Cadwalader Wickersham Taft, The Supportive Housing Network of NY, Gibney Dance Center, UARTS, and more. Tayor curates 20+ therapeutic movement workshops throughout NYC weekly for ETD Outreach. He has received grants, awards, city, and state funding from NYSCA, The Office of Governor Cuomo, and Dance/NYC Coronavirus Relief Fund. Among ETD’s achievements was the invitation to perform at the 16th-18th International Avant-Garde Festival in Merida, Mexico, and received praise from El Universal about ETD's performances and workshops with the local Mexican youth. Taylor's 2019 project EARTH about global warming and climate change involves past recipients of ETD's New Choreographer's Grant and was featured on PBS ALL ARTS in a series titled "Climate Artists." Taylor is the Founder and Inventor of BurnBarre, LLC, the world's first truly portable ballet barre.

Daniel Tobias is Eryc Taylor Dance's composer-in-residence. He attended The University of California, Berkeley, The Juilliard School of Music, and The Bay Area Acting Studio. Tobias currently trains with Country World Champion Richard McMurrich. He was a Lammy Finalist for his debut novel "The Next" under the pen name Rafe Haz.

Shannel Resto is an international artist, currently residing in New York City as a dance and fashion photographer, photo editor, choreographer, dancer, and artist-activist. She is the lead photographer/documentarian of Eryc Taylor Dance's Uncharted Territory and is a regular collaborator with ETD. Resto graduated with her BFA in dance at Rutgers University from Mason Gross School of the Arts. She is currently the rehearsal director and dancer for Nyane Khosi Dance Company. When not dancing, Resto is running her photography company SJR Photography, founded in 2013. The message she communicates through her art is the freedom to explore the impossible possibilities through her lens and body.

Chris Bell, originally from San Antonio, Texas, has an MFA and BS in dance. In addition to his work with Eryc Taylor Dance, he also works with Raja Feather Kelly as a member of 'the feath3r theory'. He is a frequent collaborator with (and former choreographic assistant to) Mark Dendy. He teaches for ETD Outreach, Marquis Studios, TADA! Youth Theaters, and Marble Collegiate Church, where he is also the resident choreographer. His Company @chrisbelldances has presented work in 3 states and 4 out of 5 boroughs in NYC, including evening length works at Dixon Place and Gibney Dance Center, and is his 5th season with ETD.

Taylor Ennen is a dancer, performance artist, and improviser originally from Ohio. She earned a BFA summa cum laude with an Honors Medallion from Florida State University's School of Dance, with additional training from the San Francisco Conservatory of Dance, the Academié American de Danse de Paris, and B12. Taylor currently performs with The Painted Ladies, Danse Theatre Surreality, and The Equus Projects and starting her fourth season with ETD. She has performed in films by Sarah Elgart and Jee Eun Ahn. She has had the privilege of dancing in works by Robert Moses, Ohad Naharin, Alex Ketley, Merce Cunningham, Christian Burns, Larry Keigwin, Doug Varone, Gerri Houlihan Gwen Welliver, among others.

Alex Tenreiro Theis is a dancer, singer, and choreographer from Colorado. She earned her BFA from NYU's Tisch School of the Arts. She's had the privilege of performing in over 50 works by more than 20 choreographers in the last five years, including Gregory Dolbashian, Jonah Bokaer, and Netta Yerushalmy, Pamela Pietro, and Erica Randall. Along with ETD, Alex is also a member of Abarukas and Angie Moon Dance Theatre. She has performed across the US and Spain, Israel, Malaysia, Mexico, and her fourth season with ETD.

Robbie Fairchild grew up in Salt Lake City with a wildlife biologist for a father who instilled in him a love for nature early on. When not in the dance studio, childhood afternoons were spent picking flowers from the neighbor's yards to create small arrangements only to be received by equal parts touched and angry neighbors. Robbie's dedication to dance sent him to the School of American Ballet in New York City at the age of 15. From there he became a member of the New York City Ballet and established himself as a principal dancer by age 22. When soon-to-be Tony Award winner Christopher Wheeldon asked him to audition for An American in Paris on Broadway he leapt at the chance. Once the role was his they traveled to Paris, Broadway (where he was nominated for a Tony Award) and London's West End with the show. It was in London where Robbie enrolled in classes at the Covent Garden Academy of Flowers. After leaving NYC Ballet in 2017 he took on plays Off Broadway, Netflix TV shows, and most recently starred in the feature film Cats. He was notified by a mother online that his performance as Munkustrap inspired her little girl to dance. She asked if she could send him flowers to say thank you as she works for the Holland flower distributor Hilverda de Boer. This was the best present he could have received during the pandemic. With theaters closed down and no place to perform, flowers became his passion and here in lies the inception of boo•kay nyc. As the budding business took off he made it his mission to use the company to employ out-of-work Broadway performers who shared his passion for flowers. For more information on his flower shop, visit https://bookaynyc.com/. 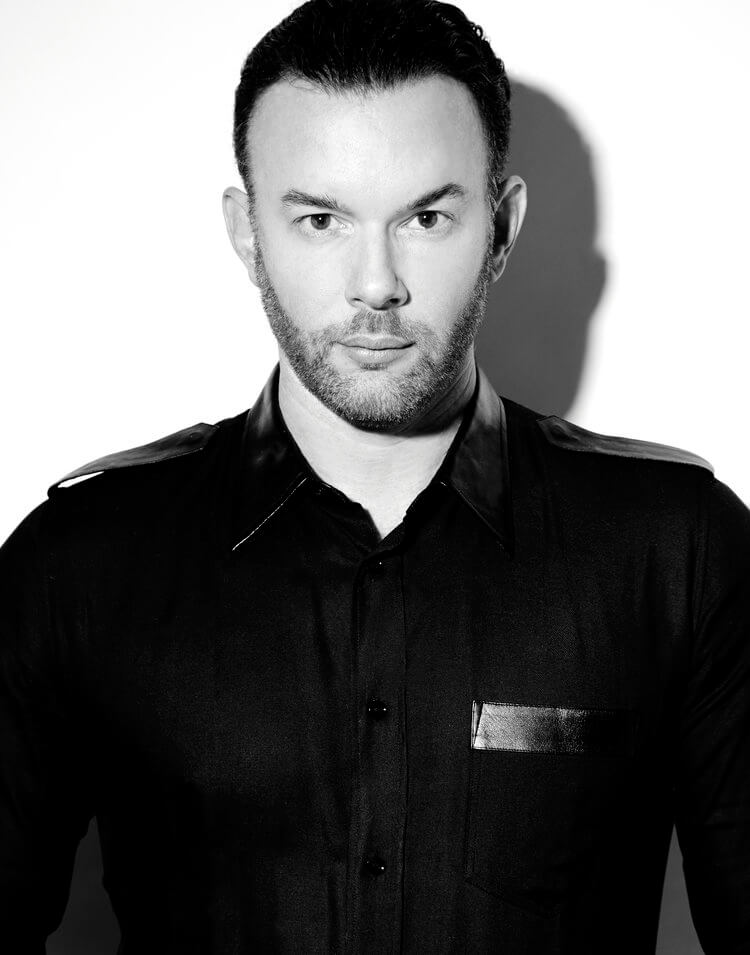 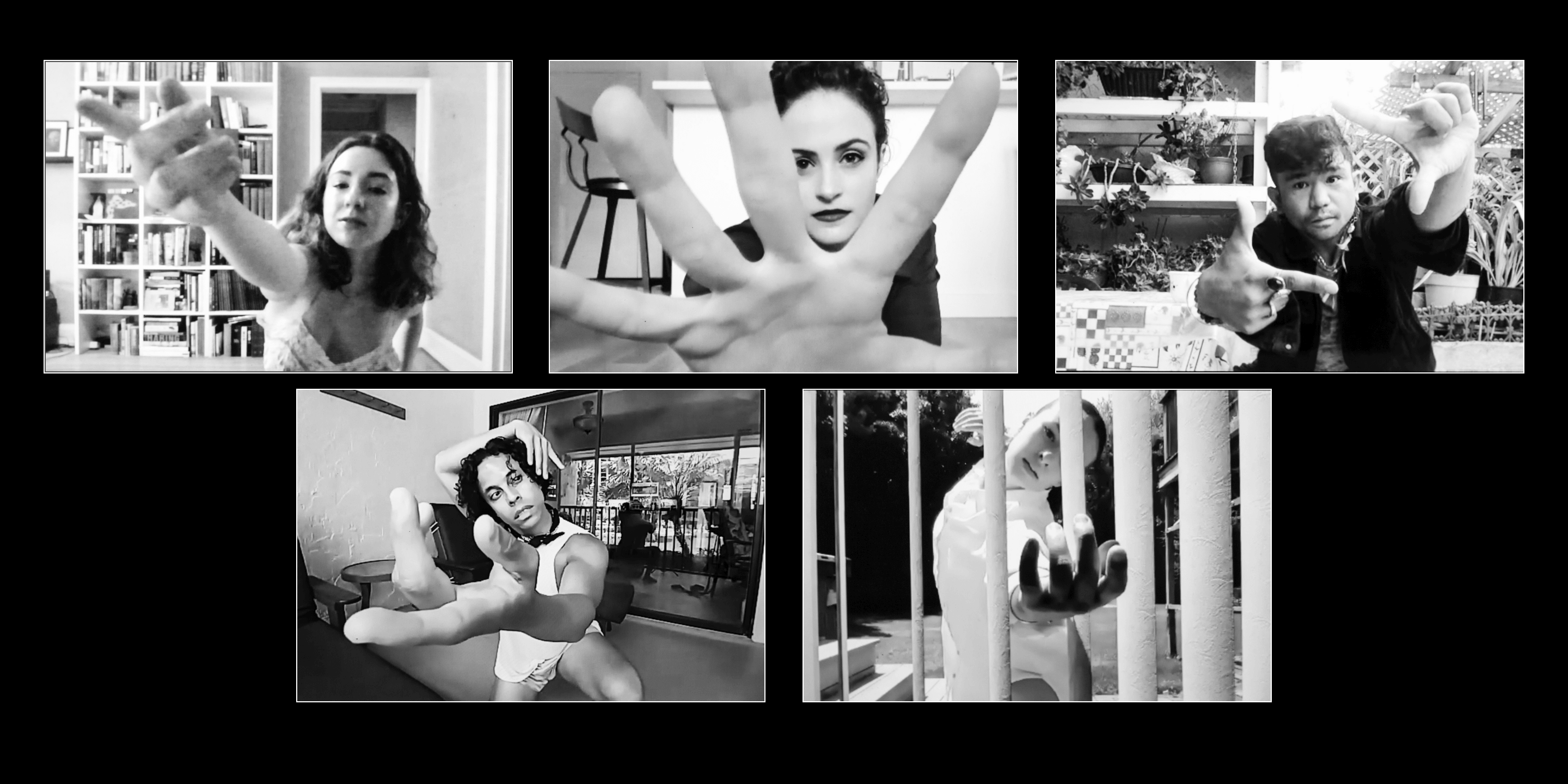 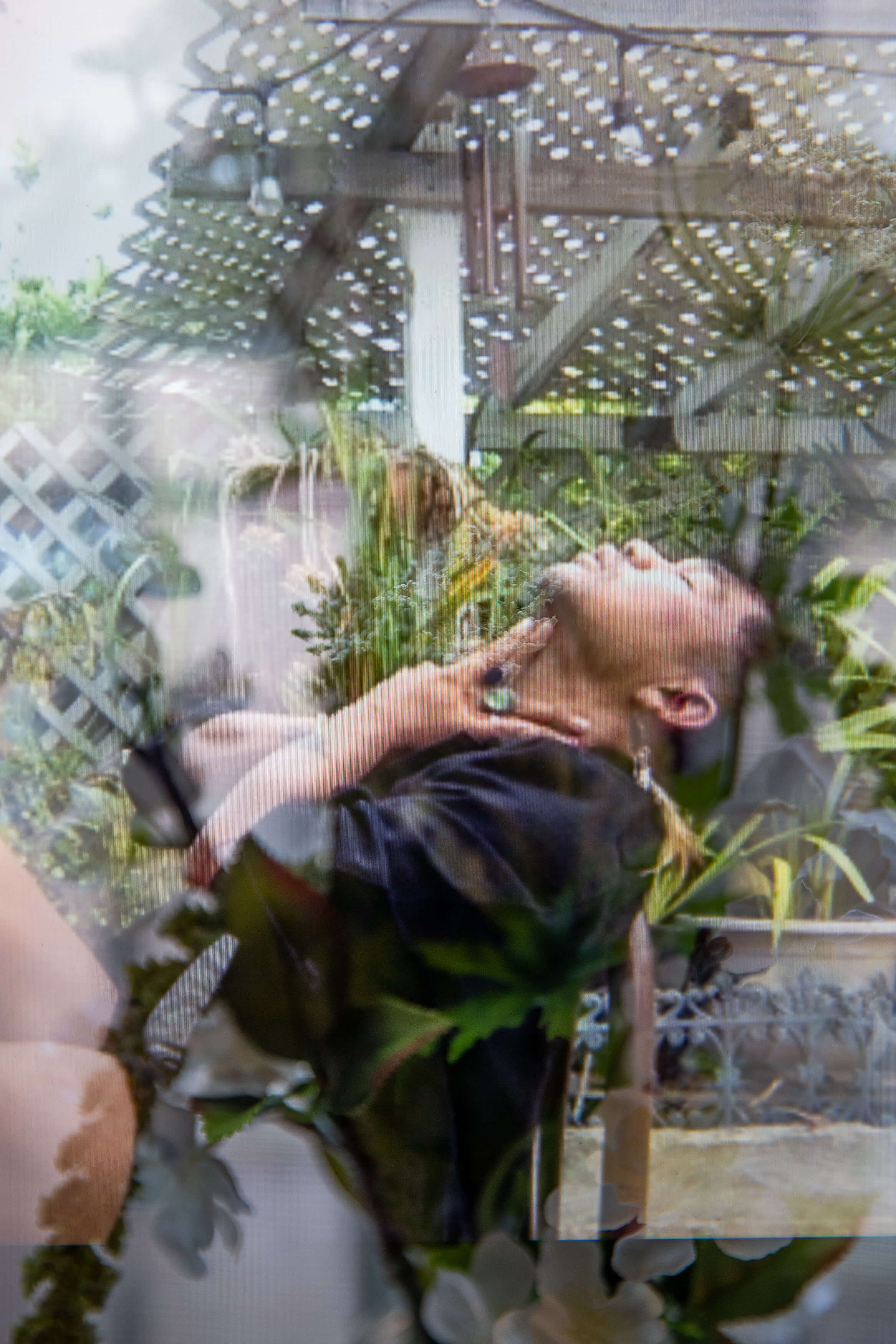 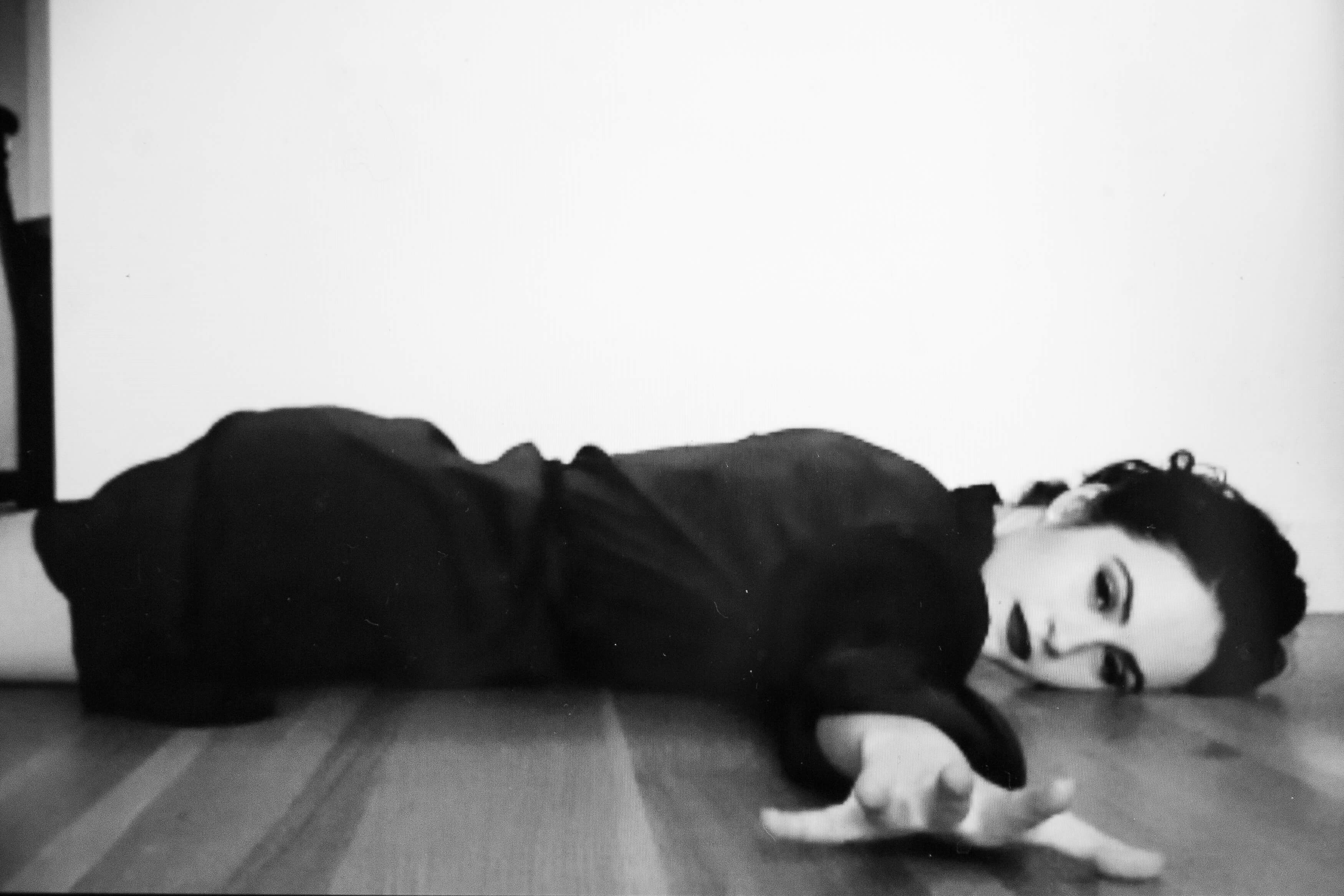 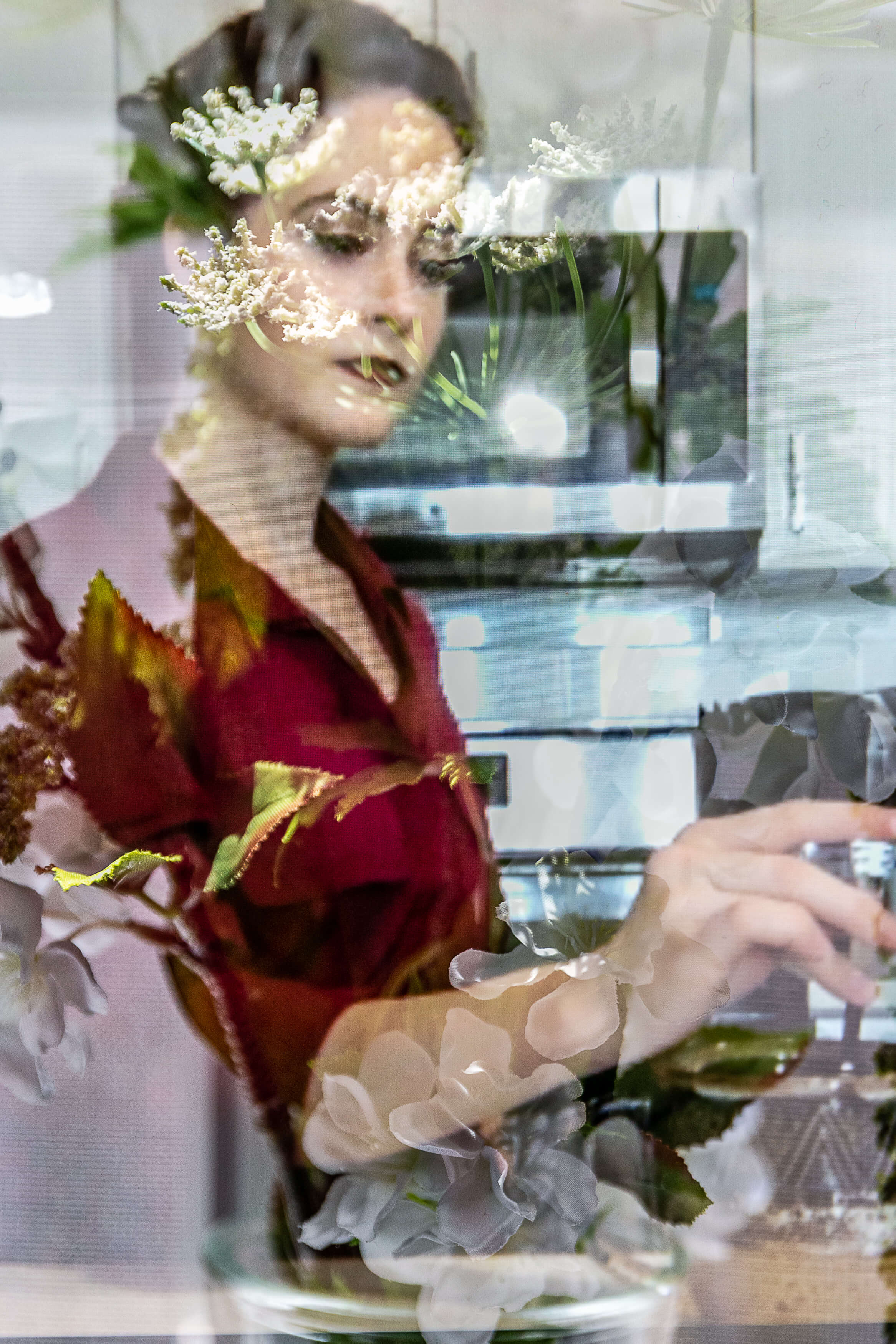 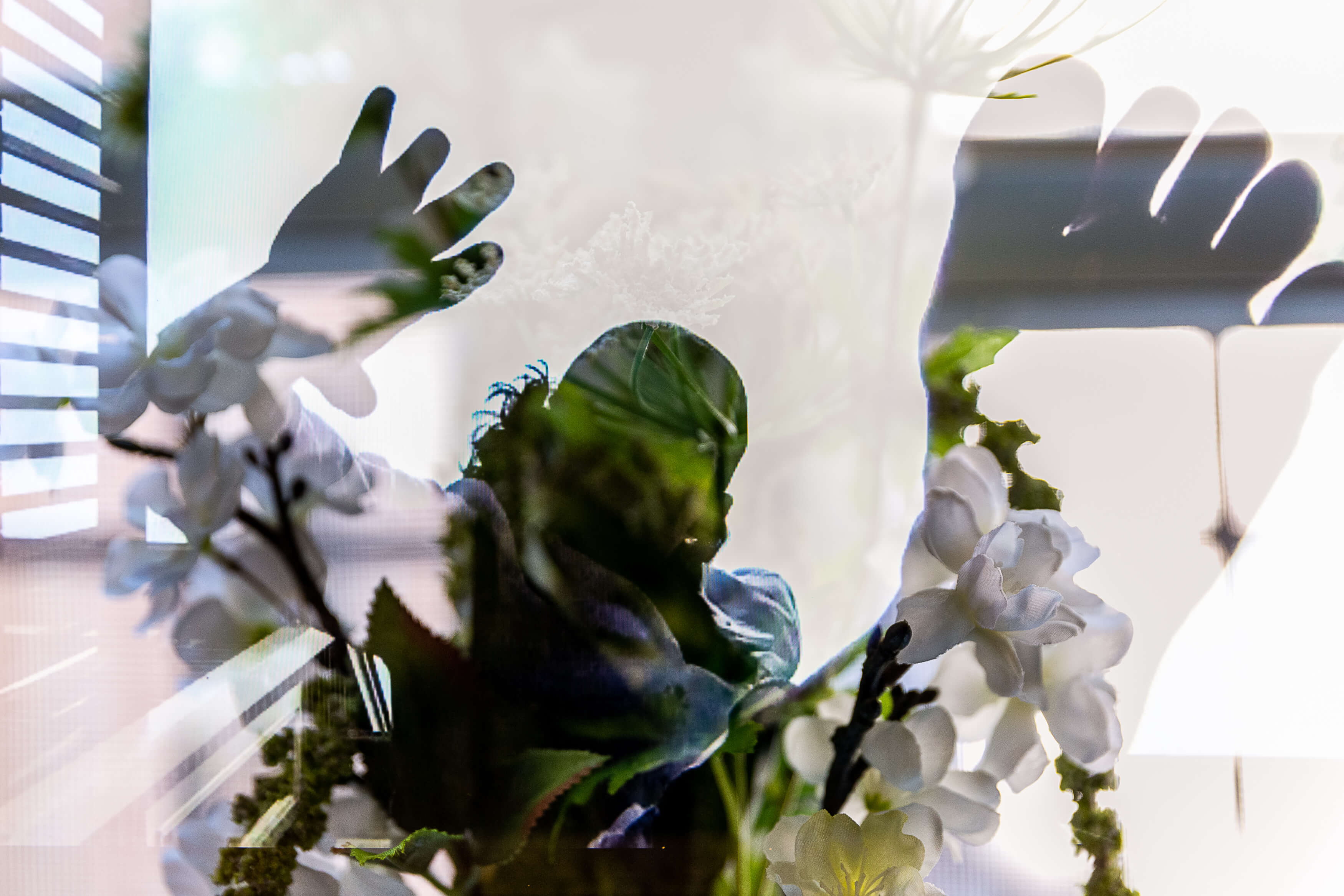